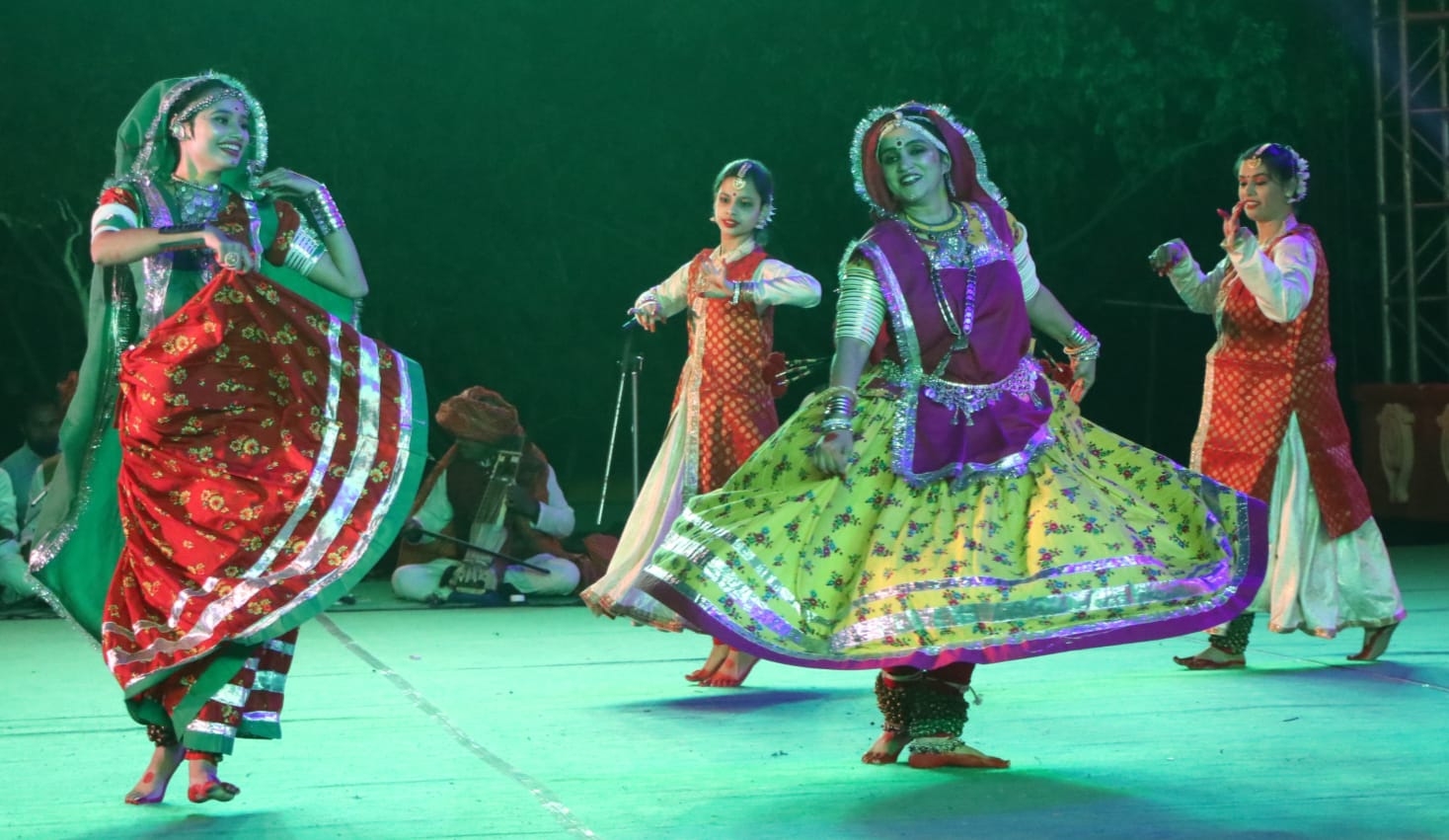 Indore (Madhya Pradesh): The colours of Gujarat’s tribes came alive in Indore in the grand celebrations of the Malwa Utsav on Monday. The famous shield sword dance of Gujarat was presented by tribal artistes. A blend of Gond, Baiga, Korku tribal folk dances was also seen during the festival.

Small children were seen wearing masks and driving in a remotely operated car, while young men and women enjoyed rides on a camel.

The delicious taste of Malwai cuisine was loved by all. Dances from Chhattisgarh, Madhya Pradesh, Rajasthan, Gujarat, Kerala, Goa, Karnataka, Maharashtra and Odisha will also be presented in the coming days. The northern and eastern heritage of the country will be represented by dancers from Assam, Manipur, Mizoram, Uttar Pradesh and Uttarakhand.

Shankar Lalwani said this festival was dedicated to tribal dance and folk art. Dance performances ranging from Holi to Ghodi Pathai will be seen during the festival.

A team from Porbandar, in Gujarat, which has participated in the national parade 5 times and has given performances in 15 countries, presented a magnificent shield sword dance.

Organised in collaboration with the Lok Sanskriti Manch and IMC, the cultural evening began on December 25. The Malwa Utsav, celebrating the culture of the state, is being held at Lal Bagh Palace with tribal dances and fun-filled art workshops. The festival will end on December 31.