On the instructions of DCP (Traffic) Mahesh Chand Jain, a team led by traffic suberdar Vivek Parmar took action against over-speeding with the help of an interceptor vehicle on the Super Corridor.

Indore (Madhya Pradesh): The traffic police, on Tuesday, launched a drive against over-speeding vehicles. Action was taken against 21 vehicle drivers for driving their vehicles above the prescribed speed limit on the Super Corridor.

On the instructions of DCP (Traffic) Mahesh Chand Jain, a team led by traffic suberdar Vivek Parmar took action against over-speeding with the help of an interceptor vehicle on the Super Corridor. The police officials stopped 21 vehicles and collected a fine of Rs 23,000 from the drivers of the vehicles for over-speeding. The vehicle drivers were also warned to follow traffic rules and drive vehicles using a seatbelt.

Another team took action against vehicle riders/drivers for violating traffic rules by driving in the wrong lane. Action against 113 vehicle drivers was taken by the police. Also, the people who parked their vehicle in no-parking areas were warned by the police. Vehicle drivers who jumped the red light were also caught by the traffic police. Thus, the traffic police slapped 328 challans against violators. A team led by traffic subedar Sumit Bilonia caught a car for jumping a red light at Yashwant Road Square on Tuesday. The police officer gathered information about the vehicle from the Traffic Management Centre and found that the vehicle had jumped the red light 20 times in different areas of the city. A fine of Rs 10,000 was collected from the car driver on the spot. 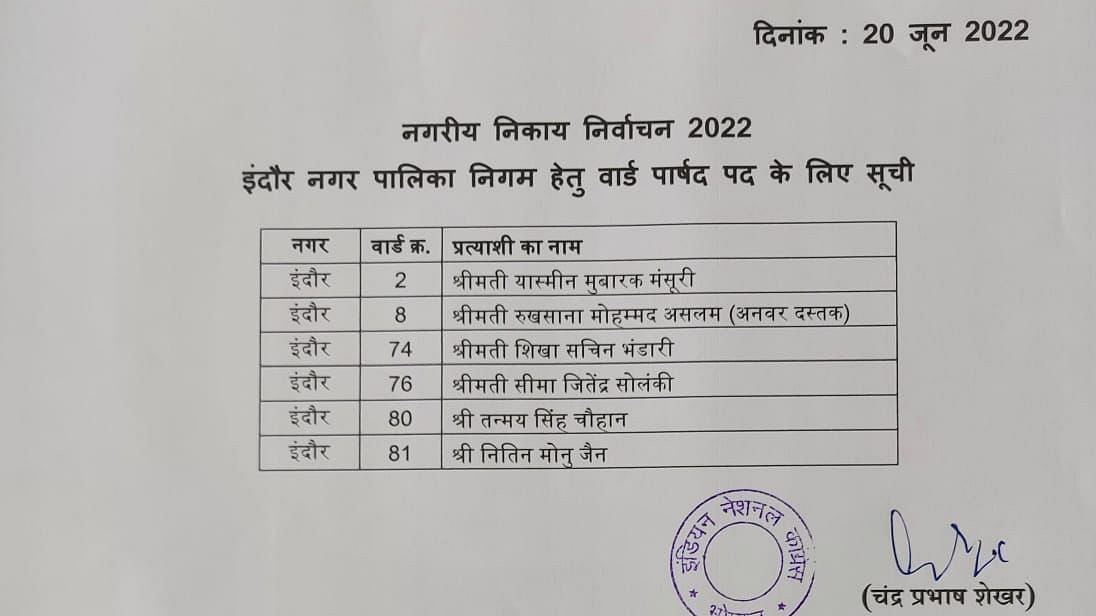