ABVP activists protest on the campus on Saturday |
Follow us on

Indore (Madhya Pradesh): In a sudden change of events, Government New Law College principal Inamur Rahman on Saturday tendered his resignation. Meanwhile, an FIR was registered against three persons, including the principal, writer and publisher of a book, considered as provocative and anti-Hindu.

Rahman, faculty member Mirza Moziz Beg, book author Dr Farhat Khan and book publisher Amar Law Publication were booked under sections 153-A, 153-B, 295-A, 500, 504 and other sections of the IPC.

However, late on Saturday evening, Rahman submitting a written application with the police claiming that the controversial book found in the college library that hogged the limelight at the national-level was not purchased during his tenure.

The Government Law College had earlier taken six teachers, including four Muslims, temporarily off duty after the ABVP accused them of being anti-establishment and promoting fundamentalism and encouraging 'negative thoughts' about the Central government.Two of these teachers hail from Kashmir, the ABVP activists claimed.

The teachers, who were put off duty are Prof Mirza Moziz Beg, Prof Feroze Ahmed Meer, Prof Suhail Ahmed Wani, Prof Milind Kumar Gautam, Prof Ameek Khokar, and Poornima Bise. The ABVP activities alleged that the principal and some teachers were promoting 'religious fundamentalism and negative thoughts about the government and the Army' among the first-year students. They also claimed that a book penned by Dr Farhat Khan contained inflammatory content against RSS, VHP, Shiv Sena and other Hindu outfits.

Rahman resigned following a protest by ABVP activists on the college campus. A committee constituted by Department of Higher Education to probe into the matter had to force its entry inside the principal chamber with help of police. The principal told inquiry committee that he was not keen to continue as principal of Government New Law College, hence, he had put in papers seeking transfer. As tempers rose, Indore additional director (higher education) Kiran Saluja came out and told protesting activists that Rahman has resigned.

Home minister Narottam Mishra said that strict action would be taken in the case of Government New Law College wherein unwarranted and provocative activities, including anti-national talks, were going on."We have taken a note of the case. We have come to know that some teachers used to teach (provocative) content which was out of syllabus; we have also come to know that Love Jihad activities, anti-national talks and voting against Article 370 were being encouraged on the campus. Action has been taken against some teachers. Five days has been given for inquiry into the matter. Strict action will be taken against those found at fault," he told reporters.

Not purchased in my tenure: Principal

Late in the evening after an FIR was registered against him, Rahman wrote a letter to the police claiming that the controversial book which carried provocative content was not purchased during his tenure. "The book was purchased in 2014 and I had joined the college as principal in 2019," he wrote. 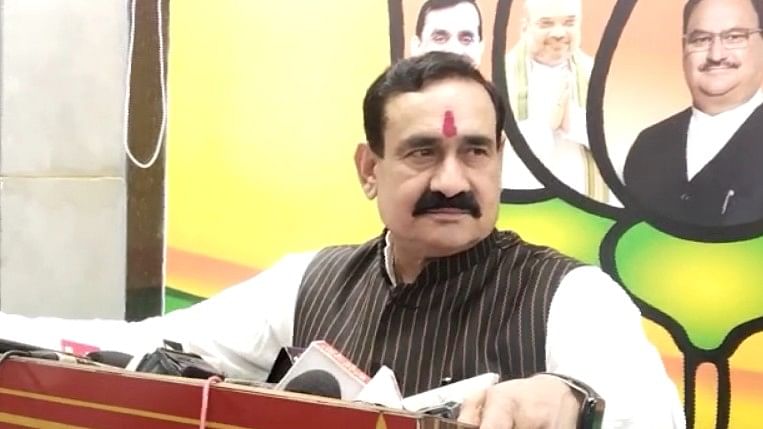