The government had ordered the probe after students associated with ABVP produced as evidence a book, which they claimed was from the college’s library

“We have taken a note of Government New Law College’s case. We have come to know that some teachers used to teach (provocative) content which was out of syllabus; we have also came to know that 'Love Jihad' activities, anti-national talks and voting against Article 370 were being one on the campus. (As of now) Action has been taken against some teachers. Five days has been given for conducting an inquiry into the matter. Strict action will be taken against those found at fault,” he told reporters.

The state government had ordered a probe into the matter even as the college administration had handed over the inquiry to retried judge Narendra Kumar Satsangi, who is Lokpal at Devi Ahilya Vishwavidyalaya (DAVV).

The government had ordered the probe after students associated with Akhil Bhartiya Vidhyarthi Parishad (ABVP) produced as evidence a book, which they claimed was from the college’s library. The book titled Collective Violence and Criminal Justice System is penned by Dr Farhat Khan and it contains inflammatory content against RSS, VHP, Shiv Sena and other Hindu outfits.

After going through the content which went viral on social media, the Department of Higher Education (DHE) in the evening tweeted, “an inquiry committee has been formed on the complaint of some professors and law students of Government New Law College, Indore about objectionable material being read from a private publisher's book. Action will be taken after an investigation in both cases (first, students claim of some teachers being anti-national and second if the book was part of the college library).”

Earlier in the day, higher education minister Mohan Yadav told reporters that the allegations levelled by students and ABVP activists are serious. If allegations were found true in the probe report then doors will be shut on them.

The government college on Thursday had taken six teachers including four Muslims off duty temporarily after ABVP accused them of being anti-establishment and promoting fundamentalism and ‘negative thoughts’ about the Central government.

Two of these teachers hail from Kashmir, the ABVP activists claimed.

“All the six teachers would not take lectures for five days until a judicial inquiry is conducted into the allegations of the ABVP,” college principal Inamur Rahman had told reporters on Thursday.

Dipendra Thakur, head of the ABVP unit at the college, alleged in a complaint to the principal that some teachers promoted ‘religious fundamentalism and negative thoughts about the government and the Army’ among the first-year students.

On Fridays, the principal, Muslim teachers and students offer namaaz and during this time classes are not held, he alleged.

‘Love jihad’ and ‘non-vegetarianism’ was being promoted on campus, the complaint further said.

ABVP provincial secretaries Ghanshyam Singh and Lucky Adiwal alleged that the teachers dub the government’s move of scrapping Article 370 a blunder. “They tell them the country was happier during the regime of Akbar and Babur,” the duo claims.

One paragraph in the book reads that Hindu communalism is emerging as a destructive ideology. “Hindu outfits like VHP want to establish a Hindu majority state and want to enslave other communities by making them powerless. They justify the establishment of a Hindu state with any barbarity. Hindus have opened the front of fighting with every community,” it reads.

Another paragraph reads that all the social, political and religious organisations, which have been formed by the Hindus, are aimed at destroying the Muslims of the country and making the Shudras slaves.

DHE to scan libraries of all colleges 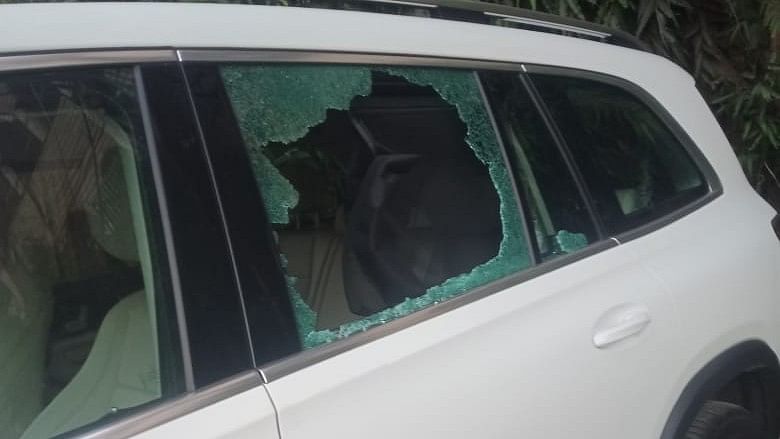