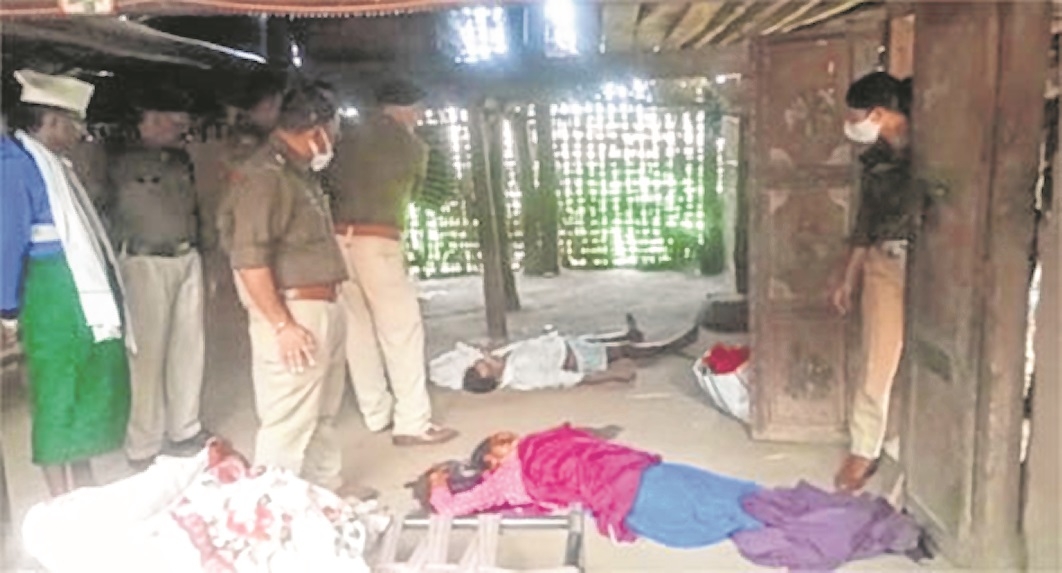 Barwani (Madhya Pradesh): A man committed suicide after killing his wife in presence of their daughter on Saturday.

Police said one Fofa of Pati hacked his wife Bisna Bai to death with an axe at around 4:00am.

He attacked his wife four to five times with an axe and attempted to kill his daughter too but she managed to escape his wrath.

Later, he committed suicide by consuming insecticide. Police rushed to the spot after receiving the information and sent the dead bodies for a post mortem.

Station in-charge RK Lovanshi said that a case has been registered based on the statements of the eye-witnesses and daughter of the accused Tepri Bai. Probe was underway to ascertain the reason behind the crime, Lovanshi added.