They also visited the company's office in Badnawar, but there was no positive response from the company.

Badnawar (Madhya Pradesh): The workers of Kshema Power Company, Dhamana including security guards, patrolling workers, watchmen and other labourers staged a protest by locking up the gates of the working area in protest against the non-payment of their salaries.

They also visited the company's office in Badnawar, but there was no positive response from the company.

After which, they reached Dhamana grid, pulled the company's officers out of the building and locked it while raising slogans. Later, present officials contacted higher authorities who credited the labour's pending wages. However, afterwards, the workers were kicked out from their jobs.

According to information, they haven't received their payment for 15 days to three months which makes it difficult for them to even fulfil their basic needs like food. The number of workers deprived of their salary is said to be around 300. These employees had stopped working from September 1.

On the other hand, the power company's supervisor Hukam Singh said that, for the past three months he was trying to convince the Adani Group to send the said salaries, but in the end, he had made part payment to some labourers on his own. 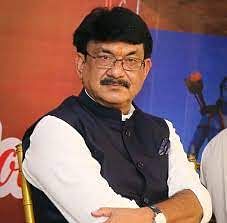