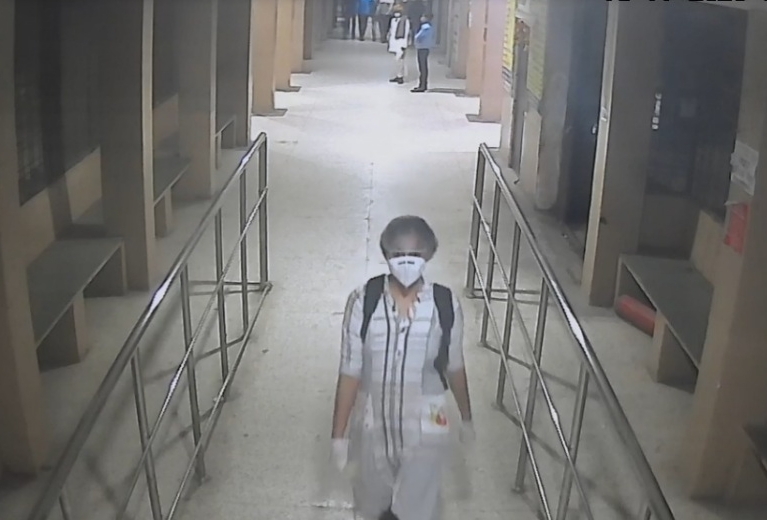 Indore: The case of the stolen baby at MY Hospital is getting murkier by the day. Now, the mother the newborn has alleged that she was inserted with Copper T forcibly by the staff before her child was lifted.

In a written complaint submitted by the mother Rani Bhiyane with the Collector and Deputy Inspector General of Police, she also alleged that the duty staff thrashed her on refusing to get the contraception implanted.

“Hospital staff behavior was pathetic. Duty nurse threatened and used to say that she would get us beaten by guards if we did not leave the hospital. The nurse said, "they discharged me and I should leave the hospital at once or they would kick me out. They also threatened that they were not responsible for the baby being stolen,” Rani Bhiyane added.

Family members also demanded action against the hospital administration for negligence and to fix their responsibility.

“The duty nurse thrashed me on refusing to get the contraception done and they forcibly inserted Copper T. Hospital administration has not responded to our complaint. We have been literally running from pillar to post to lodge the complaint,” the complainant added.

She also added that the accused woman not only checked few of the children in the ward but also gave them some medicines while introducing herself as staff nurse.

After 24 hours of investigation in the case, MY Hospital administration served show cause notices to the duty nurse Anjali Joseph and to the security in-charge of HLS company Atul Marathe.

“Notices have been served to both responsible with the deadline of two days to respond. Action will be taken against them after getting their response over the notice. Prima facie, the security guards and duty staff was at fault but investigation in the matter is on,” Superintendent Dr PS Thakur said.

The duty nurse was not present in the room while the parent security company, which has given the secondary contract to UDS securities, failed in providing security and major lapse came to fore.

Committee to report in two days

The committee will give its report in two days along with fixing the responsibility of staff to ensure no repeat of the incident.

The article mentions that the senior staffer didn't respond to FP calls and also did not reply to messages. This act certainly puts them in the dock as the media is trying to bring out the real picture and if both parties do not come out with their versions the case cannot be presented in the correct perspective. Meanwhile, cops have done a credible job and have zeroed in on the "culprit". Let's hope there's a logical conclusion to such a tragic case.