They were specifically upset over the way police handled the case related to bashing up of a member of a minority community who was selling bangles in a colony allegedly under a false name.
Staff Reporter 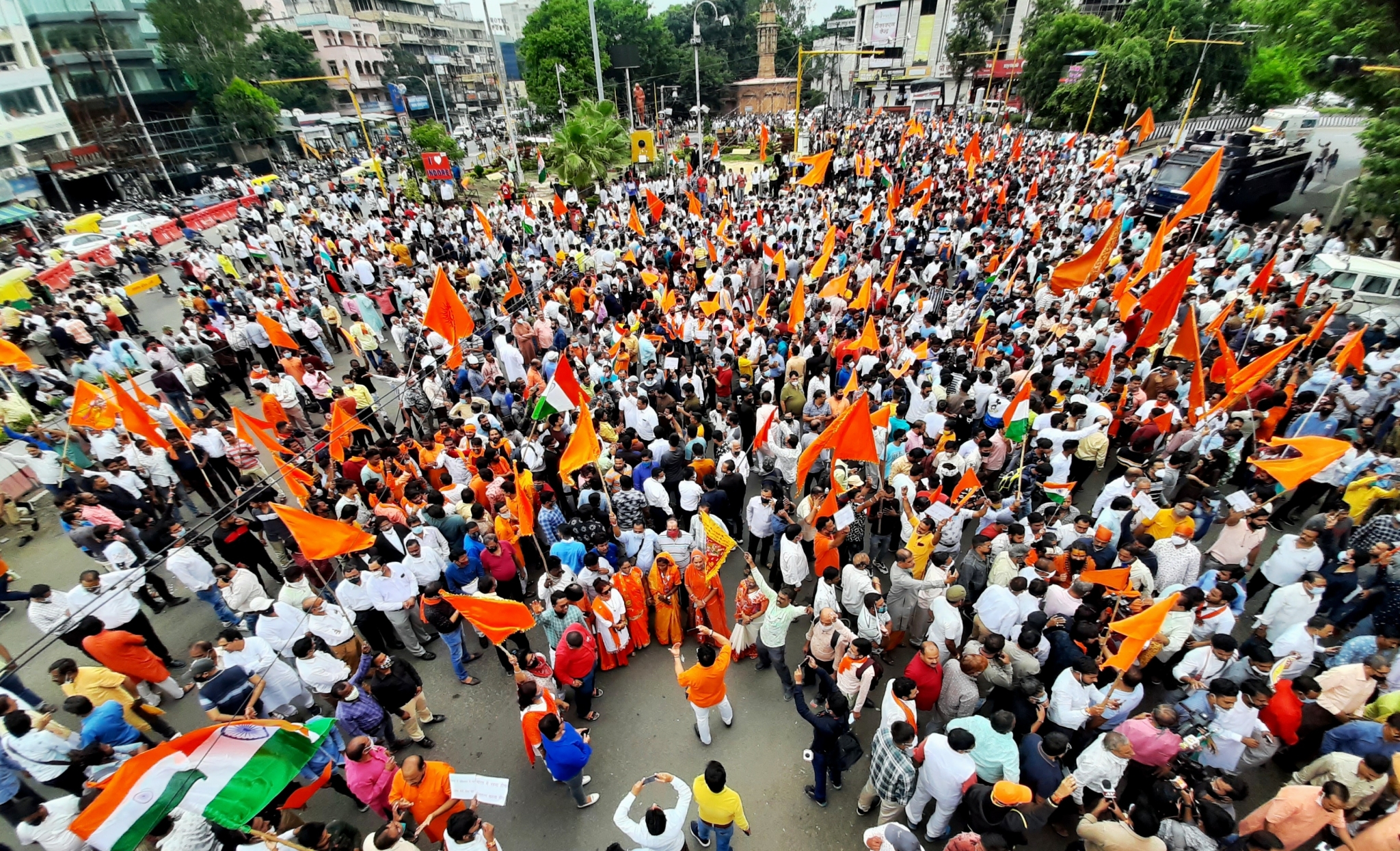 Indore (Madhya Pradesh): Several Hindu outfits led by Hindu Jagaran Manch organised a protest march at Regal Square in front of the DIG office on Tuesday against alleged police bias in dealing with what they termed ‘anti-national incidents’.

They were specifically upset over the way police handled the case related to bashing up of a member of a minority community who was selling bangles in a colony allegedly under a false name.
The protestors waving saffron and national flags shouted slogans like 'Hindustan me rahna hoga, Vande Matram kahna hoga', 'Bharat Mata ki jai', 'Jai-Jai Siya Ram' and 'Pakistan murdabad'. The protesters also made way for an ambulance caught in the melle.

A heavy police force was deployed in the area and they were armed with drone cameras to monitor the protesters. The office bearers of HJM handed over a memorandum to the police saying that several ‘anti-national’ incidents had taken place in the recent past and though the administration had been told who were behind the incidents, no action was taken against them, due to pressure from certain sections.

Dheeraj Yadav, Hindu Jagaran Manch convener said that we have demanded that the police take strict action on the incidents of love-jihad, land jihad etc and take action against anti-national elements. Incidents of stone pelting at an I-Day function in Natya Mundla, teasing of minor girls in Bombay Bazaar were also mentioned in the memorandum.

Deputy Inspector General (DIG) Manish Kapooria, said appropriate action has been taken in all such cases. He said the cooperation of people is needed in maintaining communal harmony in the city.

Police are also investigating the charges of the Protection of Children from Sexual Offences Act (POCSO) and forgery registered against Ali.

Ali was booked under the POCSO Act for allegedly touching a 13-year-old girl inappropriately in the same colony where he was thrashed, officials had said on Monday. In the melee, Ali, who hails from Uttar Pradesh, left behind a carry bag in which two Aadhaar cards were found, the officials had said.

‘Police will not allow any particular community to disrupt the peace in Indore,’ DIG Manish Kapooria said. Bangle seller attack: Four held so far in Indore, search is on for others