At Indore Christian College, Kishore birth anniversary will be celebrated

The celebrations at the college, a much-awaited annual affair, which sees new and old students regale the audience with songs and anecdotes of Kishore Kumar, could not be held last year due to the pandemic.
Staff Reporter 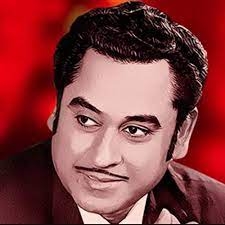 Indore: Indore Christian College, in which legendary singer-actor Kishore Kumar had studied in the 1940s, is going to celebrate his birth anniversary on Wednesday (August 4).

“The celebrations at Indore Christian College, a much-awaited annual affair, which sees new and old students regale the audience with songs and anecdotes of Kumar, could not be held last year due to the pandemic,” said principal Amit David. “But this year, as the number of Covid-19 cases has come down, we’re going to celebrate Kishore Kumar’s birth anniversary on August 4,” he added.

Many local singers, who are die-hard fans of Kishore Kumar, attend the birth anniversary celebrations at the college and sing his songs. “The event is conducted on a grand scale. Teachers from other colleges and universities also attend the function,” said Tejprakash Rane, an alumnus of Indore Christian College.

The college management has sent out invitations to prominent people of the city for the event. Rane said that a limited number of people has been invited to the event this year owing to the Covid-19 situation.

Kishore Kumar, who was born in Khandwa in 1929, studied in the college between 1946 and 1948, and stayed in a hostel on the campus, before following his elder brother, Ashok Kumar, to Mumbai to make his mark in tinsel town. By the time Kishore Kumar died on October 13, 1987, he was among the most famous film personalities the country had ever seen