The incident was reported at Kothadi village which falls under Taal police station limit on Sunday night.

Ratlam (Madhya Pradesh): As many as six persons were injured after a stone-pelting incident reported in Ratlam district overplaying DJ music during a pre-wedding procession, the police said.

The incident was reported at Kothadi village which falls under Taal police station limit on Sunday night. Police booked nine persons, including seven identified and two unidentified in this connection. Police began an investigation into the matter and cautioned locals not to pay any attention to rumour mongers.

It was around 9 pm when the procession moved in front of the temple in the village. Some miscreants started playing objectionable songs on the DJ and did obscene dance moves.

Meanwhile, some people who were present raised voice over this and stopped them. A dispute ensued between both the parties regarding the matter and stone pelting began after that. As soon as Taal police came to know about the incident, a heavy police contingent from Taal and the nearby police station rushed to the spot and controlled the situation.

District collector Narendra Kumar Suryavanshi and SP Abhishek Tiwari were also present in the village to take stock of the situation. 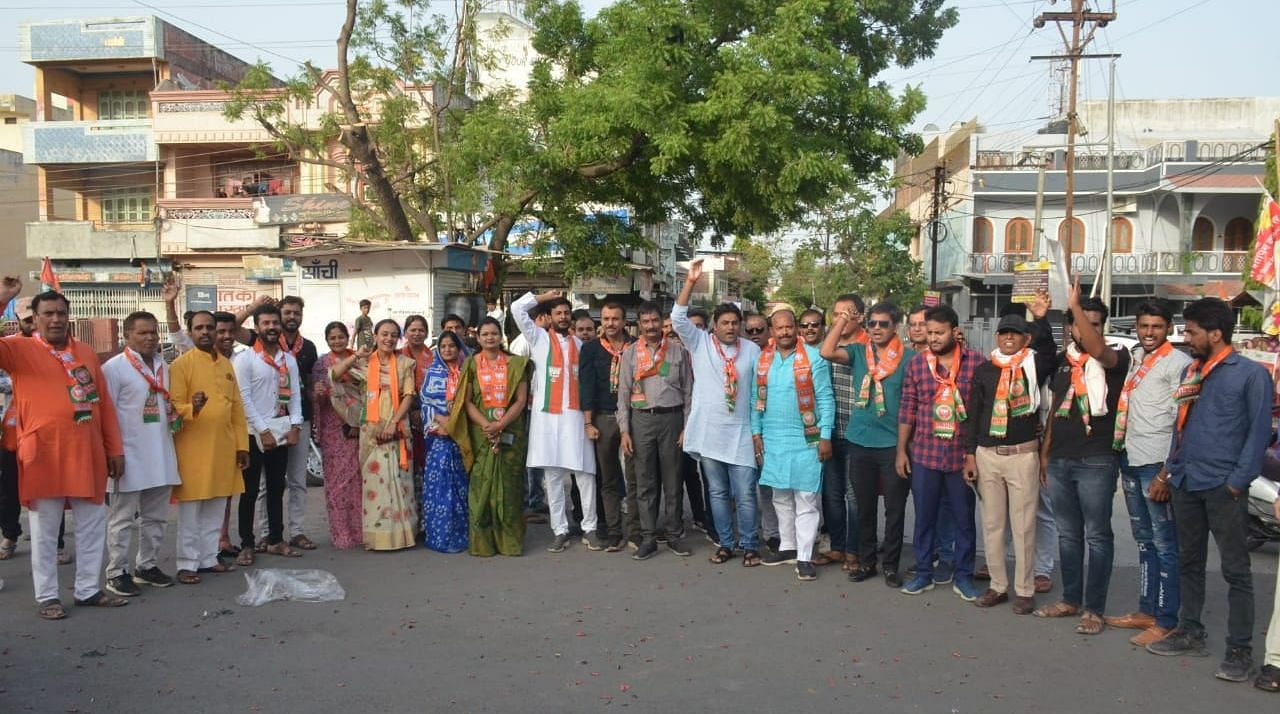