On Sunday, authors of the book 'Delhi riots 2020: The untold story' sent a legal notice to Bloomsbury India after it distanced itself from publishing the book. Now, the authors have decided to get the book published by Garuda Prakashan Pvt. Ltd.

The authors gave the publisher time till 4 pm today informing them about the withdrawal of contract.

"Can we take this liberty to request you to at least inform us officially through email that have you withdrawn/gone back on the contract, terminated the contract with us, are no longer our publisher. Is this too much to ask for' we are requesting you to please reply to us by 4PM today."

However, even two hours after their deadline, the publication has not sent a response to their mail.

Author and advocate Monica Arora took to Twitter and said that they haven't received a response from Bloomsbury team and the trio are now looking for new publishers. She said, "No response from @BloomsburyIndia No written communication to authors despite request Our book can't be killed People want to buy We have no option but to go with another publisher Nation must know truth of #DelhiRiotsTheUntoldStory Pls suggest names of publishers."

The authors have now chosen Garuda Prakashan Pvt. Ltd. as their new publisher for the book. "As per peoples sentiments, we are going ahead with @GarudaPrakashan LET THE TRUTH BE REVEALED #DelhiRiotsTheUntoldStory," said Arora in a tweet.

Netizens on Twitter suggested the author that they should get the book published by Garuda Prakashan. Author Shefali Vaidya too suggested the Delhi Riots 2020 author that Garuda Prakashan would be a good option. "You should go with @GarudaPrakashan, but please ask them to take the book out ASAP @advmonikaarora #DelhiRiotsTheUntoldStory will be a best seller," she said.

Garuda Prakashan too showed the willingness to publish the book. "@GarudaPrakashan is ready to take it up forward. We support eminent authors of the book to bring out the true picture of Delhi riots," said the publication.

The books new publisher thanked the author for showing faith in them and said, "@advmonikaarora ji, Thank you so much for putting your trust in@GarudaPrakashan Friends! Thank you so much for your support. Let's together make it reach every household. Truth must prevail! #DelhiRiotsTheUntoldStory"

For the uninitiated, Bloomsbury India had decided to withdraw publication of a book on the Delhi riots of February 2020 amid widespread condemnation from netizens.

Social media outrage began after a viral poster claimed that BJP leader Kapil Mishra who had made a rather incendiary speech in the run-up to the riots was a guest of honour for the book launch. While there has been no official allegations or sanctions against him, many were startled at this gesture. Later however the publishing house distanced itself from the same, stating that their logo was being used without their permission.

In a letter that was sent via an email to Bloomsbury India, the authors Monika Arora, Sonali Chitalkar and Prerna Malhotra wrote "Dear Mr.Paul Kumar This has reference to the launch of our book Delhi Riots 2020: The Untold Story which was scheduled at 4 pm on 22 August 2020 at 3.30 pm and subsequent events thereof on the same day. You called us on phone and informed us that you are withdrawing as a publisher from the aforesaid book due to pressure from Bloomsbury UK which in turn was pressurized by the social media campaign on twitter etc wherein people from around the world apparently tagged Bloomsbury UK and told you to disassociate from the aforesaid book." The letter which was also shared by BJP leader Kapil Mishra who said, "Authors of #DelhiRiotsTheUntoldStory have send a Notice to Bloomsbury It will be followed by a legal action against Bloomsbury Criminal breach of trust will be punished legally."

The letter reads, "We were shocked and we requested you to not withdraw as a publisher from this book under pressure from those who have not even seen the book or read the book and may be who are people who are driven by an agenda and do not want this book to see the light of the day and the truth of Delhi Riots to come out before the people of India. You told as that you have nothing to do with the book launch function. No other reason was given by you for such a drastic step. Shocked at the turn of everts we gathered our composure and we went online and launched the book."

Well, the launch program and the book became a hit immediately. People throughout the country and abroad had started placing orders for the book on Amazon and putting these screenshots on Twitter. "We started getting calls that Amazon says that people can only pre-order the book to be launched by Sep 14 2020. Many told us that they wanted to read the book immediately as they wanted to know the truth of the Delhi Riots. Thereafter people started tweeting and tagging us that the book has been removed from Amazon and that the link of the book has been removed and it is currently unavailable."

Thousands of people wanted to read the book but the book was unavailable. People were clueless, where to get the book from. And we were clueless where our publisher had gone. In the meantime, Bloomsbury also released 2 statements on social media, the authors wrote in the letter. The authors also said that the publisher published 100 copies of the book and gave it to them.

Further, furious authors said that they had sent these copies throughout India to their well-wishers, renowned authors, media persons, social media influencers, and other such intellectuals for review of this book. "The launch was planned by us as it was our program a GIA program. GIA is The Group of Intellectuals and Academicians , a group of professional women comprising lawyers, professors, journalists, artists, and others. But what happened? You Bloomsbury are such a renowned publisher who has published books like Harry Potter." This is a breach of contract, unethical and unprofessional conduct, said the authors. "This will invite Civil and Criminal tiability and you will be liable to pay damages to the authors for damaging their reputation, disowning them publicly, causing mental agony to not only the authors but to millions of people Vito believed in you, who wanted to order the book, read the book and who wasted then time and energy on Amazon searching and pre ordering the book which you have withdrawn without information to the authors and thereby made unavailable. AND all the above was done without a simple entail to the authors officially Informing that you are withdrawing as a Publisher and from the contract."

"All copyrights are with you, all material is with you, all previous drafts are with you. We designed the cover which was done and redone by your team and our team over the past month and the final designed cover sent to you by the authors and you approved it. All out intellectual property is with you. And you Bloomsbury who is an internationally acclaimed publisher who do not care for your authors who have reposed their faith in you. You do not even care to write 1 lines and even care enough to give reasons why you have abandoned and orphaned the book without even an official communrcanon to authors who have trusted you and your professional standing as a Publisher." 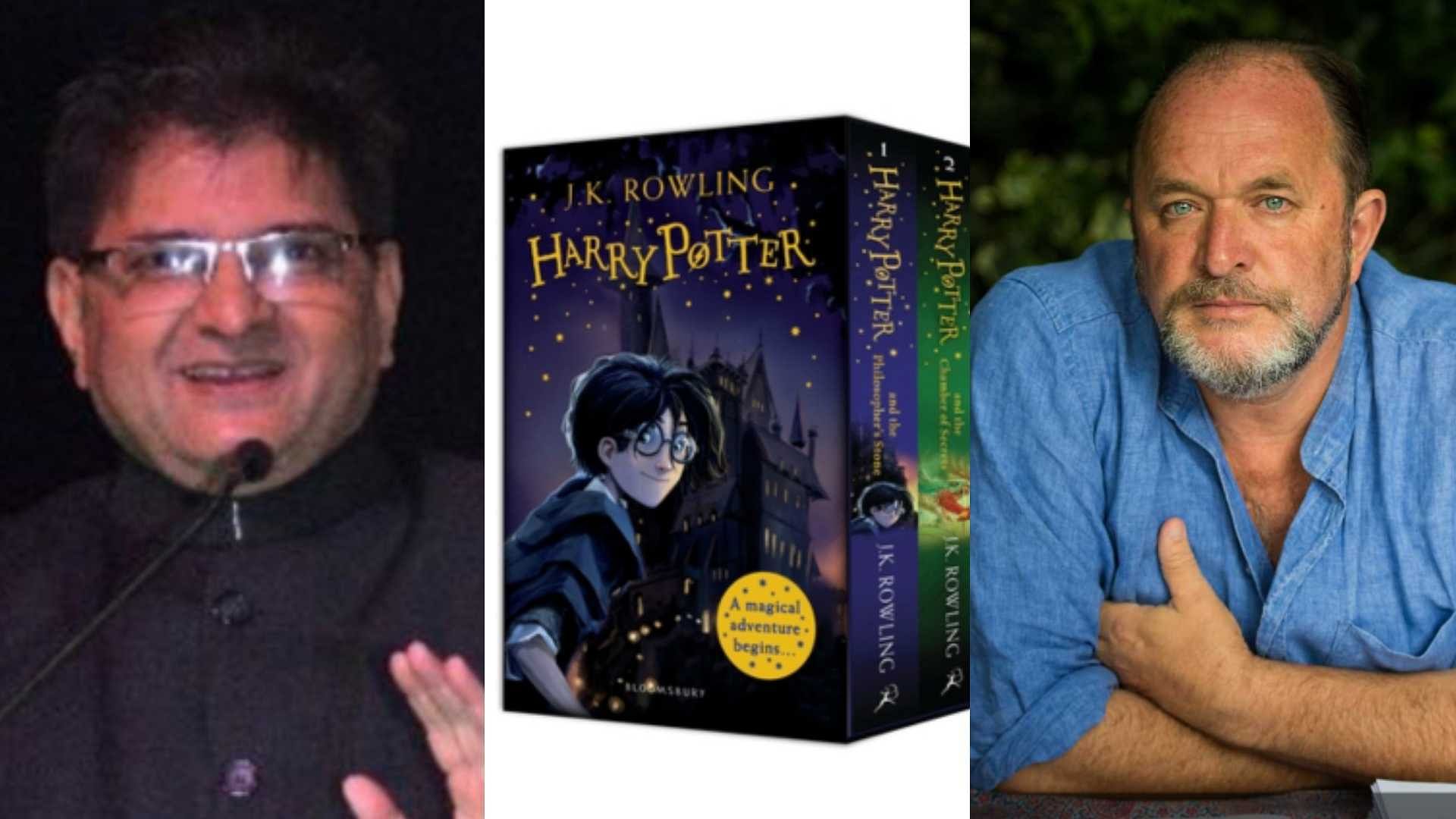 The author also went on to say that Brown Lives Matter and they have the right of Freedom of Speech and Expression as well. "May we add here that you can kill the supply of the book but not the idea and not the truth. Bloomsbury may we tell you that Brown Lives matter and Brown women matter too. We have the fundamental right of Freedom of Speech and Expression and of publication of our ideas which have been duly approved by you as a publisher."

Concluding the letter, the authors said, "Can we take this liberty to request you to at least inform us officially through email that have you withdrawn/gone back on the contract, terminated the contract with us, are no longer our publisher. Is this too much to ask for' we are requesting you to please reply to us by 4PM today."