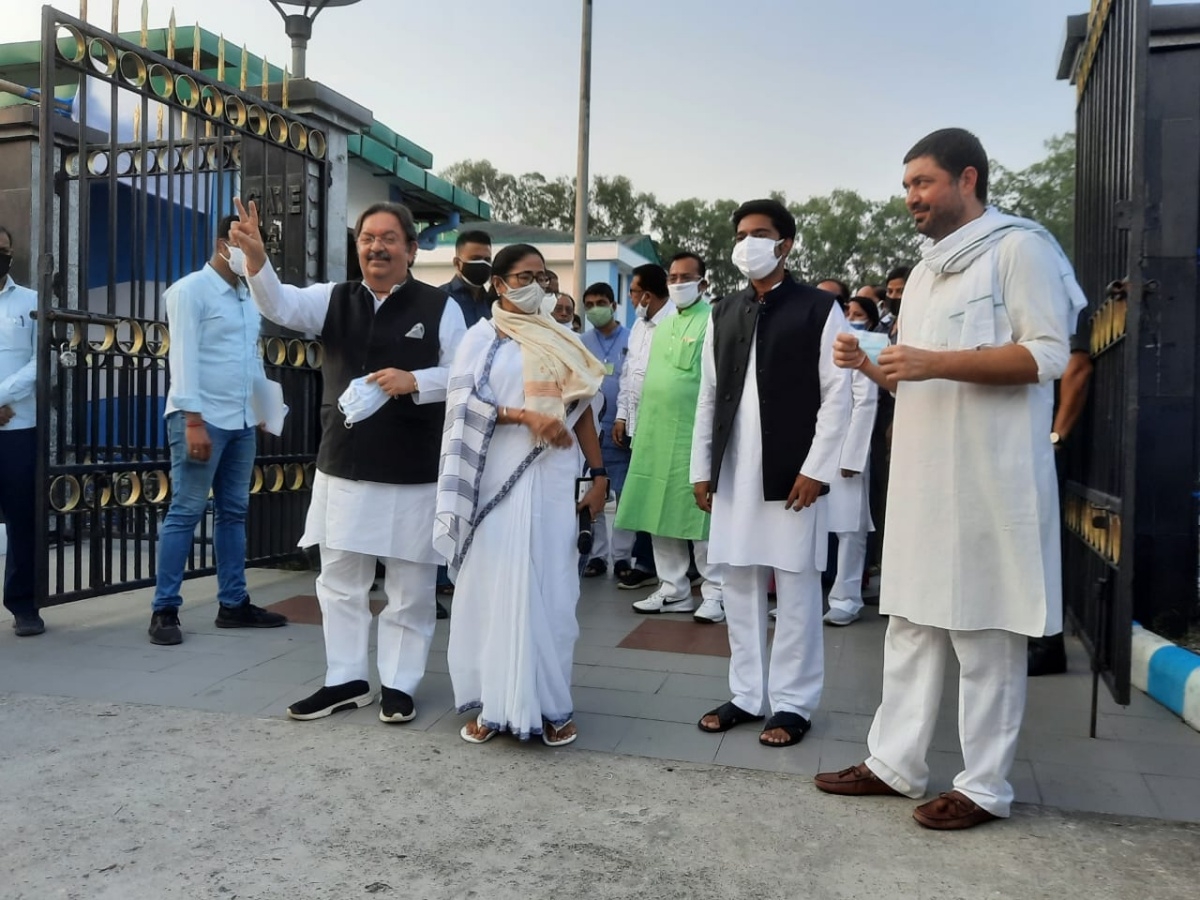 After giving a massive defeat to Bhartiya Janta Party and saving her fort in Bengal, Mamta Banerjee is eyeing on expansion of Trinamool Congress (TMC) in other states. On Monday, Mamta got a shot in arm with senior leader from congress, Priyanka Gandhi loyalist and former legislator from UP, Lalitesh Pati Tripathi joining her. Lalitesh joined TMC on Monday in the presence of Bengal chief minister Mamta Banerjee. His father and a former UP Minister Rajesh Pati Tripathi too joined TMC with him.

Lalitesh, vice-president in UP congress and loyalist of Gandhi family had resigned from party early this month. He belonged to the family of congress stalwart Kamlapati Tripathi and had been in the team of advisors to Priyanka Gandhi in UP. Lalitesh’s great grandfather Kamplapati had been union minister and national president of congress.

With the joining of father son duo it has become clear, that TMC will contest in the coming UP assembly elections. Few more leaders from other parties including a big name from west UP could join TMC in coming days. It is likely that TMC could have alliance with Samajwadi Party and the later may give it few seats to contest. According to a senior SP leader, the party may give two assembly seats to TMC to contest. Besides Bengal CM would address few joint rallies with SP Chief Akhilesh Yadav in UP. Earlier in Bengal elections, SP chief Akhilesh had extended support to Mamta. SP senior leaders Jaya Bachchan had visited Bengal to campaign for Mamta. SP has already announced to have an alliance with Sharad Pawar’s Nationalist Congress Party (NCP). The party would give two assembly seats to NCP to contest in the coming UP assembly elections. 'No work is impossible under leadership of Mamata Banerjee': Former UP Congress leader Rajesh Pati...