'No work is impossible under leadership of Mamata Banerjee': Former UP Congress leader Rajesh Pati Tripathi after joining TMC 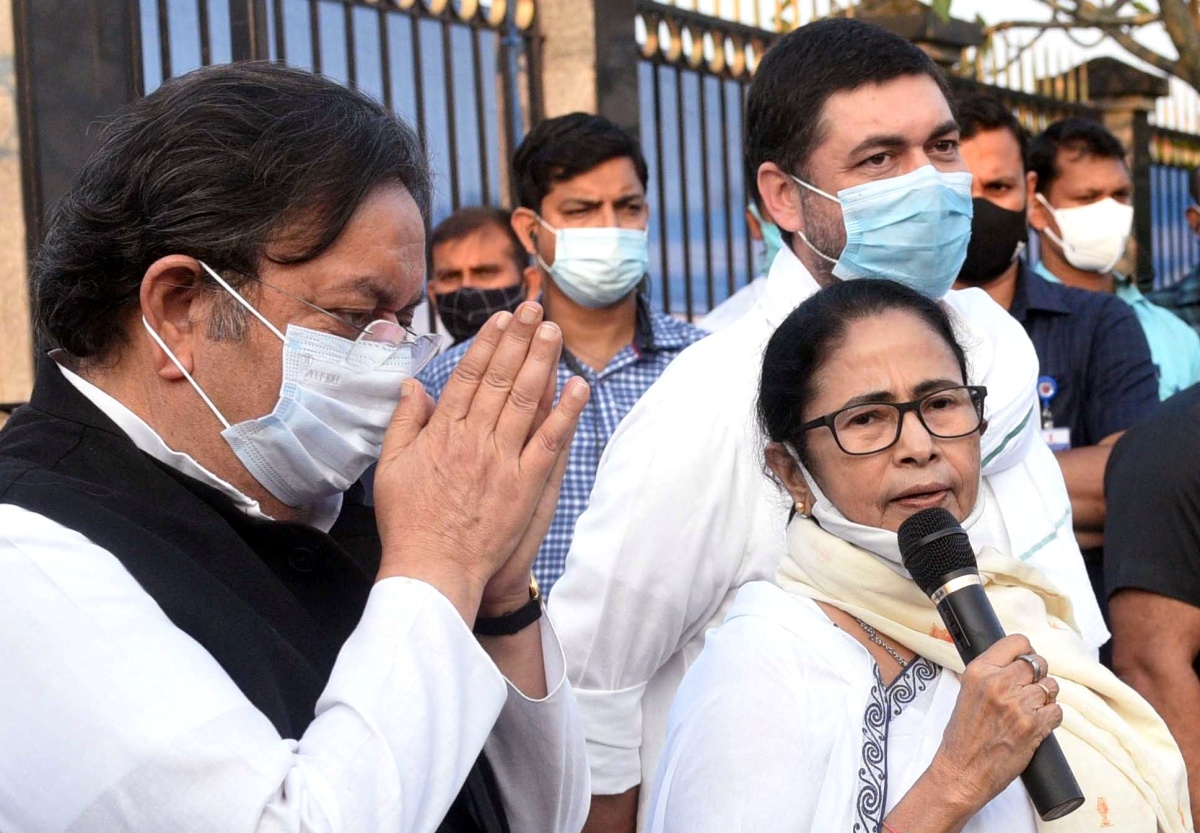 Defecting to TMC, Rajeshpati Tripathi said that no work is ‘impossible’ under the leadership of Mamata Banerjee.

“When Mamata Banerjee had left Congress and had formed TMC no one had thought that the TMC one day will become mightier than Congress. Congress has weakened in UP and we will now establish TMC in UP as Mamata Banerjee believes in the ideologies of Mahatma Gandhi and Jawaharlal Nehru,” stated Tripathi.

Taking potshots at the BJP led Uttar Pradesh government, TMC Supremo Mamata Banerjee said that whenever TMC had sent a delegation to Up the delegation was not allowed to enter the state.

“Be it Hathras incident or the recent Lakhimpur Kheri incident the BJP government had always restricted us but now TMC will be established even in UP to fight the devious BJP,” claimed the TMC Supremo.

Notably, The TMC Supremo is likely to visit Benaras which is the citadel of Prime Minister Narendra Modi after Chhath Puja after the Tripathi duo invited her to visit there.

Mocking the BJP led Central government’s claim that TMC is a ‘regional party’ Mamata said that every political party gradually develops and grows.

“BJP mocked us saying that we are a regional party. I respect every regional and small party. Leaders from other parties are joining TMC and TMC is gradually growing. After Tripura, Goa we will gradually enter several states. Wherever we make government the local leaders will only run the state and I will be with them,” mentioned Mamata.

The West Bengal Chief Minister also claimed that by the virtue of being in the Union Ministry she knows the entire country properly.

“I am a seven-time MP and have been in several ministries. So as union minister I have visited several places and so I am aware of the country and what happens in which state,” said the TMC Supremo.