Sukhbir Singh Badal was scheduled to attend a program at Dana Mandi.

At least six people, including three police personnel, were injured when protesting farmers tried to barge into a rally being addressed by Badal at the grain market in Moga on Thursday.

The protesters broke barricades and clashed with the police when they were prevented from disrupting the SAD rally, Gall Punjab Di, around 1pm, DSP (City) Jashandeep Singh Gill said. The police used water cannons and cane-charge to disperse the protesters after they threw stones and damaged banners and hoardings put up by SAD workers, according to a report by Hindustan Times.

Earlier last week, farmers continued to hold protest against the Shiromani Akali Dal (SAD) on August 27 as party president Badalwent to Bagha Purana town of Moga district to hold programme as part of his ‘Gal Punjab Di, 100 days 100 constituencies’. A large number of farmers headed towards the venue of the SAD programme. The police, however, stopped the farmers from reaching the venue.

In another protest against the Haryana Chief Minister Manoharlal Khattar, at least 10 people were injured on August 28 as police allegedly lathi-charged a group of farmers disrupting traffic movement on a highway while heading towards Karnal to protest against a BJP meeting. 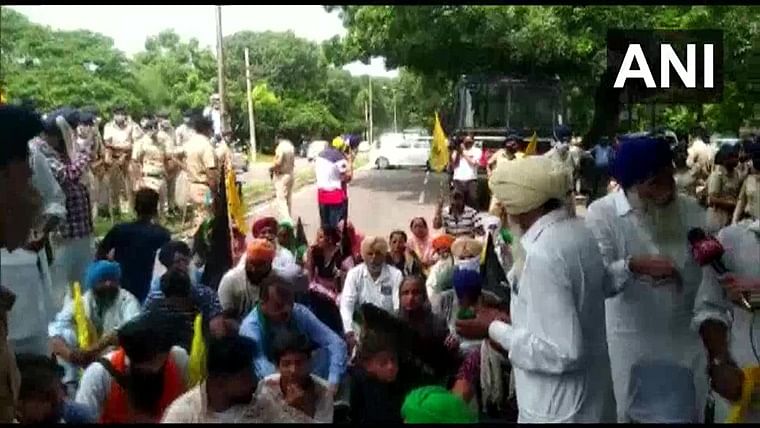