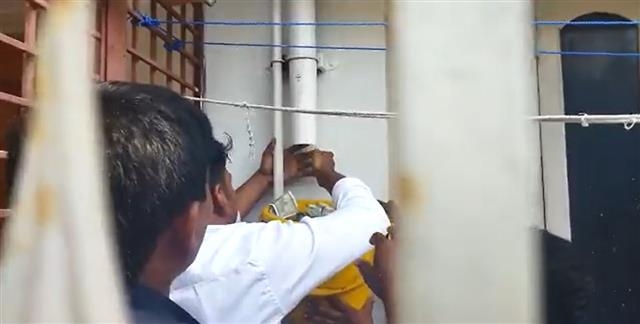 In one of the largest crackdowns in recent times on government officials, over 400 Anti-Corruption Bureau officials Wednesday raided over 60 locations and houses in Bengaluru, Mangaluru, Mandya, Ballari and Kalburgi in Karnataka.

The extent of corruption was such that the ACB officials had to summon plumbers and workers to ‘flush out’ wads of currency notes and jewellery from pipelines at the residence of PWD joint engineer Shantha Gowda Biradar in Kalburgi district.

"Today the ACB conducted searches in 60 places with respect to disproportionate assets cases registered against 15 officers by a team of 8 superintendents of police, 100 officers and 300 staff," the ACB said in a statement.

The ACB had recently raided the Bangalore Development Authority (BDA) officials in connection with the alleged irregularities in the allotment of plots in a few layouts developed by BDA.

After the raid on BDA officials, Chief Minister Basavaraj Bommai had said that his government will not tolerate corruption in any form. The government will act on the basis of the report submitted by the ACB, he added.