Several people are still missing | ANI
Follow us on

Kolkata: The death toll in the flash flood in the Mal river at Malbazar in West Bengal's Jalpaiguri district has risen to eight.

According to sources, the flash flood hit when thousands of villagers assembled at the Mal river bank late on Wednesday evening for immersion of Durga idols on the occasion of the Vijaya Dashami. 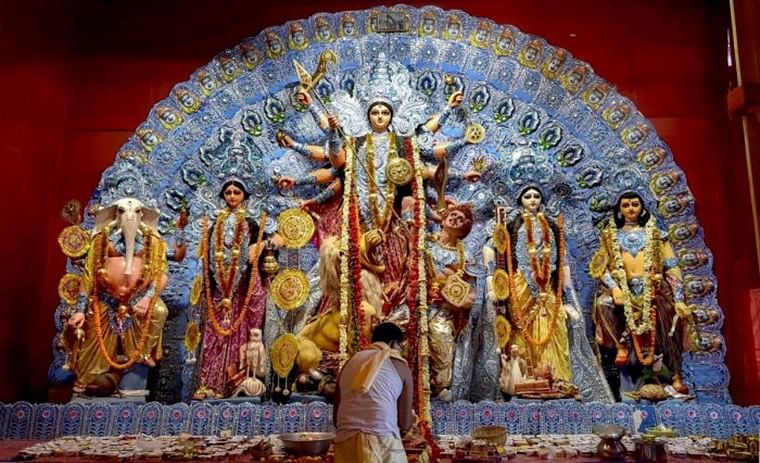 Prime Minister Narendra Modi has expressed his condolences on the loss of lives in the incident.

"Anguished by the mishap during Durga Puja festivities in Jalpaiguri, West Bengal. Condolences to those who lost their loved ones: PM," his Twitter message read. He added that Rs 2 lakh from the Prime Minister's National Relief Fund would be given to next of kin of the victims.

Meanwhile, there have been complaints of severe lapses in security arrangements by the district administration on Wednesday evening when thousands of people assembled at the river bank for idol immersion.

It was alleged that there were only eight National Disaster Response Force (NDRF) personnel as against thousands of people gathered there. Even these NDRF teams were not carrying searchlights with them before the flash flood came.

Searchlights were brought to the spot from the local NDRF office only after the mishap took place. What was even more striking was that the in-charge of the NDRF team there, Pallab Bikash Majumdar, left the spot before the flash flood came. He has himself admitted to the media about his absence at the time of mishap.

"I left the spot and went to a relative's place for a short while. However, our team jumped into the rescue operations immediately after the mishap. Searchlights were brought from the office and full-fledged rescue operations started," he said.

An NDRF person present at the spot said that he had been constantly cautioning the people of the rise in water level, but none paid heed to his words of caution.

Now questions are being raised on why the security arrangements were so negligible considering that flash floods are quite common in the Mal river. Local Trinamool Congress legislator from Mal Assembly constituency Bulu Chik Baraik said that he will inform his higher authorities about these complaints of negligence.

"Right now, we are focussing on the rescue of the missing persons and the treatment of the injured,'' he said.