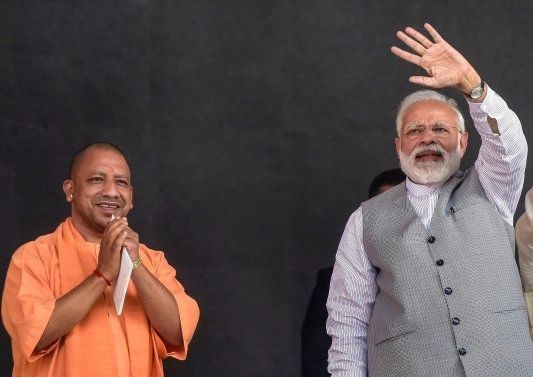 An FIR has been registered against Chaudhary under IPC section 505 (2) (statements creating or promoting enmity.

Chaudhary, who is a BSP MLA from Dhaulana constituency, had later switched over to the Samajwadi Party (SP).

He had made the remarks at a public meeting in Hapur on Monday where he reportedly said, "(Narendra) Modi, Yogi (Adityanath) and Amit Shah are afraid of our two young leaders, (SP chief) Akhilesh Yadav and (RLD chief) Jayant Chaudhury. UP will make Akhilesh and Jayant win. They are going to save our farmers, workers and women."