‘Tourism should get its due place in the hierarchy of departments’: Valsa Nair Singh, Principal Secretary of the Tourism Development, Maharashtra

What plans does the Maharashtra government have to promote it as a tourist state? Do you agree that tourists are keen to visit states like Goa, Madhya Pradesh?

If you see the statistics, Maharashtra is the second-largest state with foreign visitors and the fifth largest in domestic visitors. We also have a large number of business travellers and a floating population. We have done aggressive marketing to boost tourism in the state in the last year. We aired documentaries on Maharashtra on popular TV channels and made the best use of social media to promote several of our campaigns. We also tied up with influential vloggers. We are coming up with a new documentary on caravan tourism. I would also look forward to work on collaboration with MP and Goa to promote all 3 States.

Mumbai has always attracted foreign tourists. Are they also exploring other parts of Maharashtra? 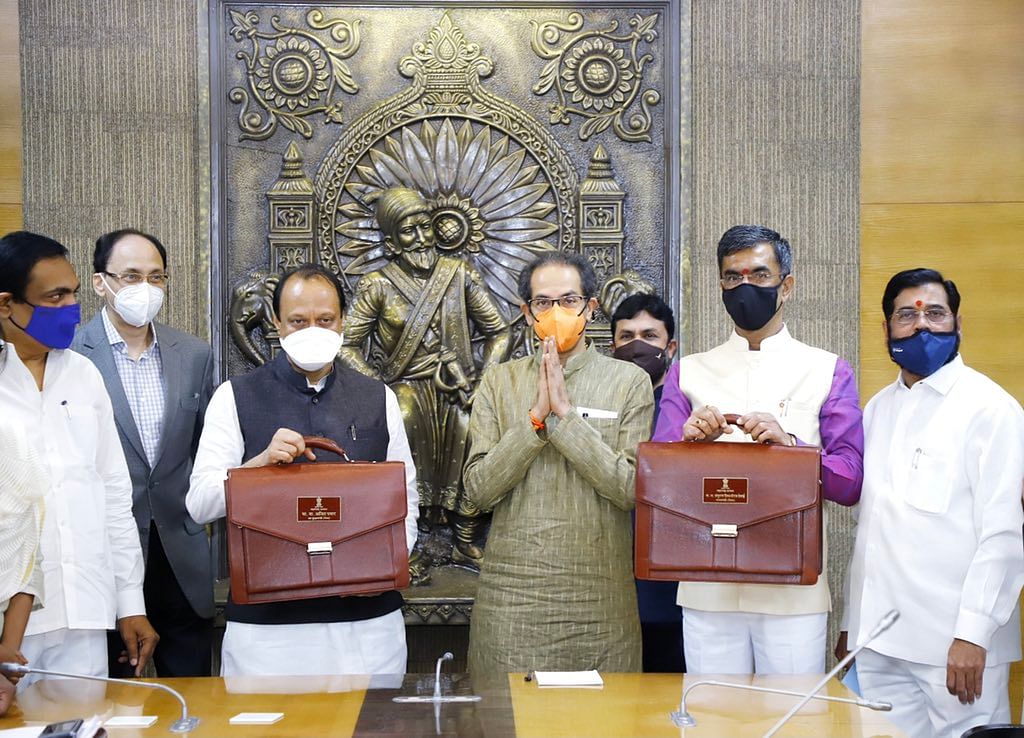 But Maharashtra has so many tourists locations, what are plans for them?

(Smiles) That's the problem... We don't know which to market because every place has its charms. During the pandemic, we came up with new policies to boost the tourism sector and over the next two-three years, they will yield results. Like the Adventure Tourism policy, where we registered several adventure tour operators. We are best suited for trekking after the Himalayas, hence we launched the Adventure Tourism policy. Then we came up with the Beach Shack and Caravan policies. Our Agro-Tourism policy was a huge success; Maharashtra is a leader in that. We tied up with farmers and helped them convert their farms — it could be a mango farm, orchard, strawberry farm, etc. — into a tourist destination. Interestingly, the department of agriculture also issued a GR under which if one registers themselves as an Agro Tourism operator they will get priority in agricultural schemes and receive subsidies.

We have also have a vacation rental policy. During the pandemic, many preferred to rent private properties rather than booking hotel rooms owing to the Covid scare. Today, we have around 8,000 rooms as a part of the vacation home rental sector, which is a big inventory.

Was the Beach Shack policy introduced to compete with Goa?

No, we don't want to compete with Goa, which has a different kind of tourism. Our shacks are aimed at a different ecosystem; we don't allow hard liquor. On a pilot project basis, we have taken it up on eight beaches in the four coastal districts. The basic paperwork is ready, but we are waiting for the new Coastal Zone Management Plan (CZMP), because it is a permissible activity only in the CZMP. In the current CZMP, the beach shack is not permissible. So, from next season we should begin with beach shack. Once we see how it goes with the eight beaches, we will further amend the policy. These beaches have been chosen by a team of experts so that no harm is done to the ecology in those areas. 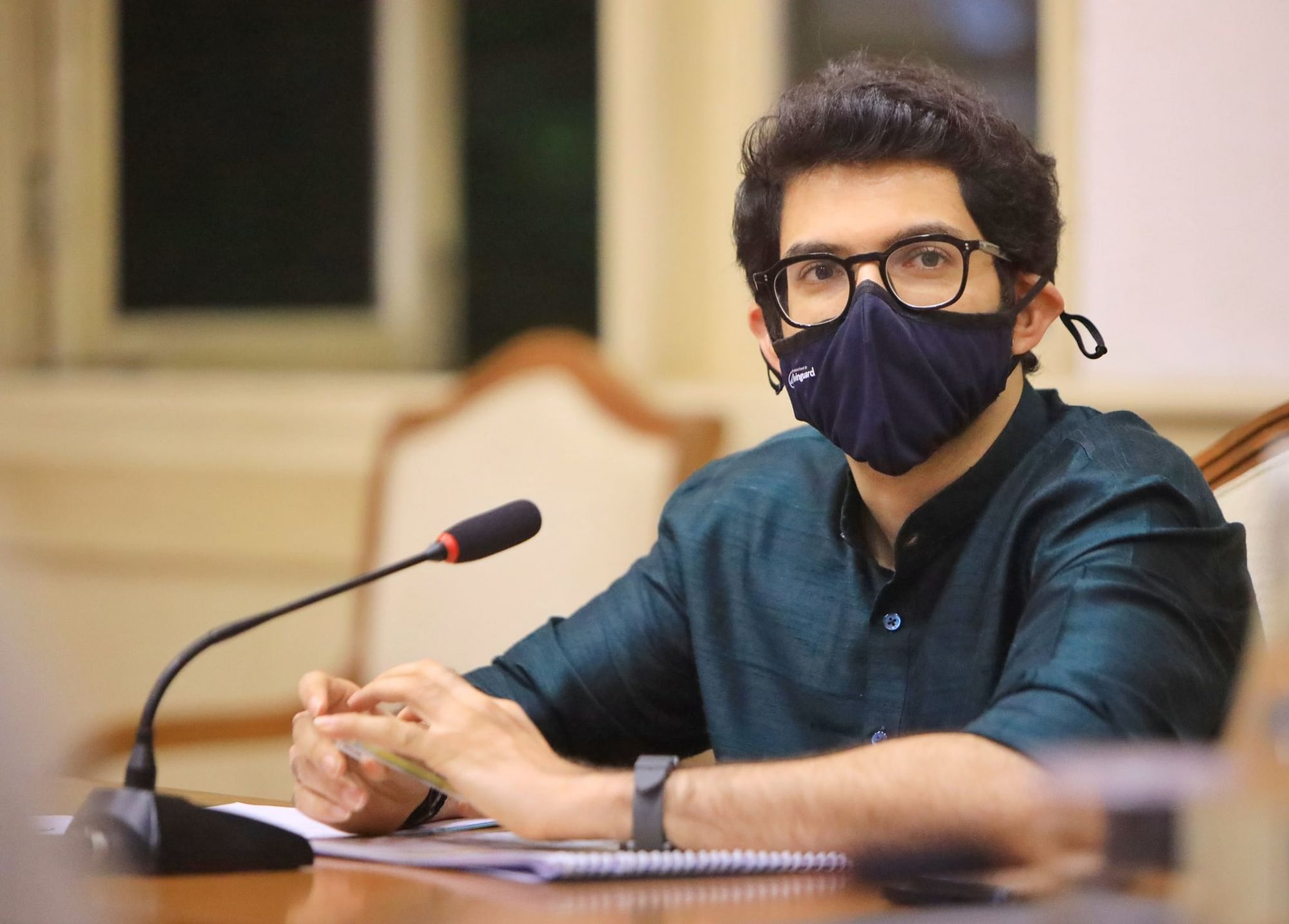 Any particular policy that you would like to highlight that has brought a drastic change in the tourism sector in the state?

Our ease-of-doing-business initiative has been in place for more than a year now. Previously, there were 72 permissions required to set up a hotel or restaurant in the state. We took note of the policies that had become redundant with time and kept the necessary ones. That's how 72 were brought down to nine owing to the massive deletion and combining we did. Another major reform was to give the tourism industry status to the hospitality sector. The decision was taken in 1999, but was not implemented. Now, the Cabinet has approved it, which will be a big boost to the sector because it will reduce operational costs.

Will there be a tie-up with private partners to operate MTDC resorts?

We have identified seven properties of the MTDC and invited private participation bids. The Cabinet has allowed to lease them up to 90 years; earlier it was up to 30. Earlier, we weren't getting the right people as they didn't want to put in the money only for a 30-year lease. Now that we have made it 90 years, big groups and real estate players are approaching us. Moreover, MTDC was sitting on one of the best land banks of the state, at best locations, but unfortunately, the standard of our services was not meeting the professional standards of hospitality. If you compare a Taj or Oberoi Hotel with MTDC, there's a stark difference. So, we set these at the best locations and have the best partners with us now. It is not a competition, but a partnership. We are still running 46 resorts and nothing can stop us from developing more resorts in the same locations. We will lease the resorts to others (partnering); it can be a JV or just an operational partner or it can be a long lease. 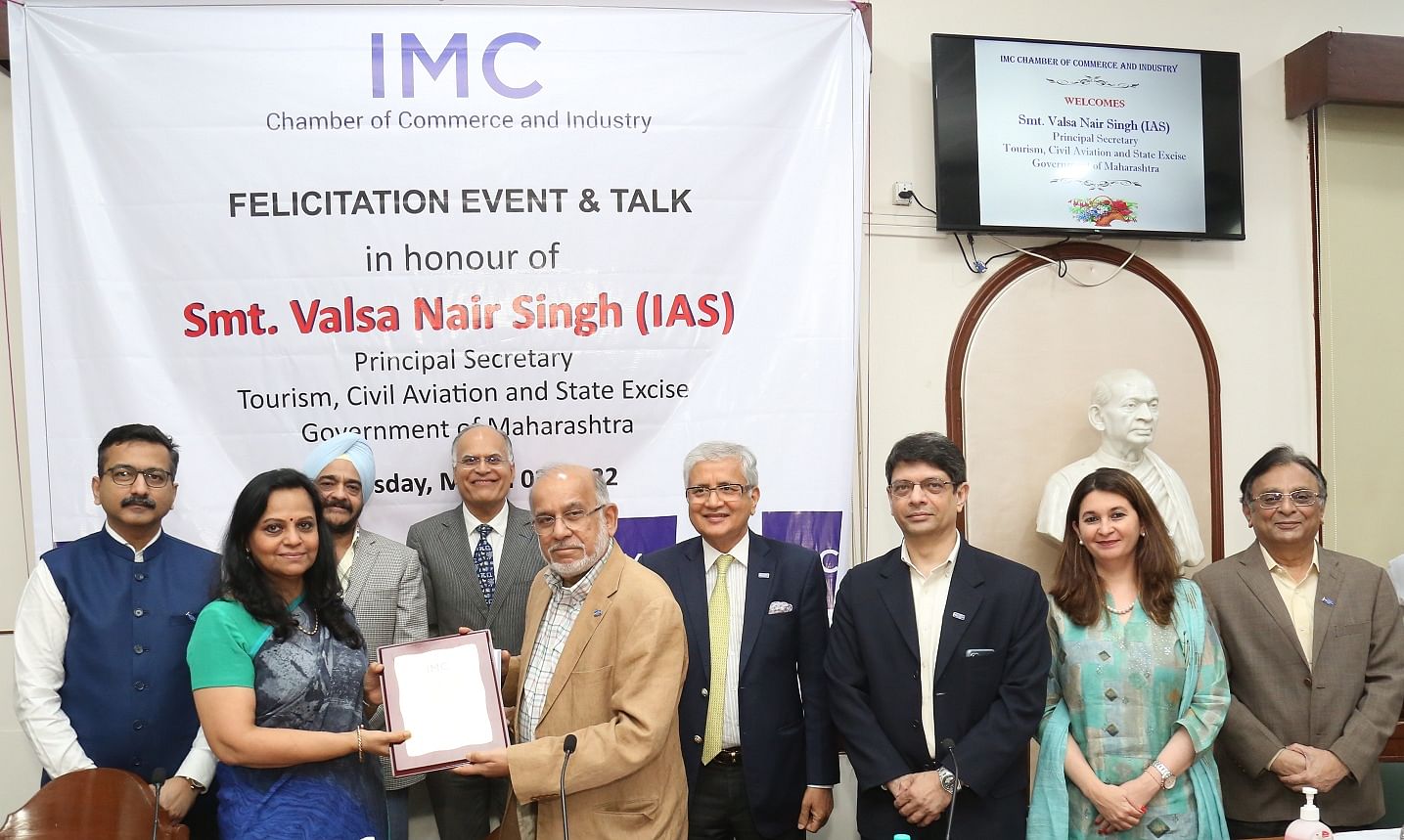 Who will control it?

l It is a partnership; based on a win-win strategy. There will be a premium that we will take and then there will be an annual lease. While the revenue share will depend on the tourism potential of the area, connectivity and the type of property. On the brownfield, we are getting better revenue share, whereas on a greenfield it will take time. We have got responses for Mahabaleshwar, Matheran and Tadoba. Any real estate player can come in, but they need to have an operating partnership which is a hospitality chain.

Wouldn't this put a financial burden on the consumer?

No, it won't. We have realised that whenever a big group sets up business at a destination, their marketing strategy is already in place. For example, if there is a five-star hotel in the area, several three or four-star hotels will spring up around it and change the whole ecosystem — employment opportunities open up, too. The employment opportunities in tourism are 1:11, that is one rupee investment creates 11 jobs. 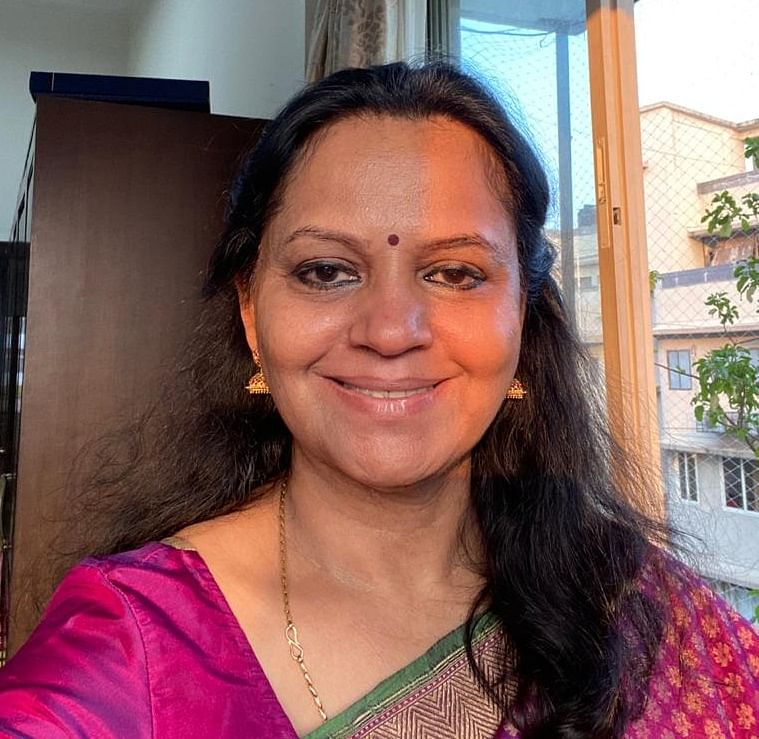 Maharashtra has many centuries-old temples and even forts, but they aren't looked after properly. Are there any plans to improve services at these places?

We are working on a policy for that. Forts and conservation is handled by Culture Department, we handle tourism development amenities around the fort or temples. Temples are with the temple trust, but we do the connectivity to the place, the cloakroom, the stay, signage and packages. In Ashtavinayak current Tourism Department has done a lot.

Are there any provisions to involve tribals in tourism activities?

We have several activities there and Jawhar, Palghar district, which is being developed as a hill station. There is a palace of tribal settlements. We have just finalised a Palghar tourism development plan. The Hon.CM had visited the place and directed for action. We are restoring the palace and are planning to construct a museum showcasing tribal culture. With great connectivity, it can be a good one-day getaway destination from Mumbai.

What is the vision for 2030 for the state's tourism sector?

Tourism should get its due place in the hierarchy of departments. Though it is a game-changer in the ecosystem, tourism is not getting enough importance. In some countries, the whole economy runs on tourism. If we use the same methods here and make that a priority sector, even Maharashtra has the potential to have the economy around it. Compare it to Mauritius, Seychelles, it's the biggest attraction, and whatever they have, our Maharashtra has it too, it's just a matter of prioritising it. The last two years have given us time to work on it. By 2030, we should be a leading state in international arrivals in India.

Having worked under so many ministers, what would you like to say about the current Minister of Tourism, Aaditya Thackeray?

It's a positive thing for the sector to have Aaditya sir as the minister. He is young, hence his vision is different; he is thinking for the next 40 years, which is something the sector and country need now. He understands the psyche of the youth and he knows what they want. And, it's not just about the tourism department, but he focuses on other departments as well. We have a better synergy with other Departments and this has proved helpful. 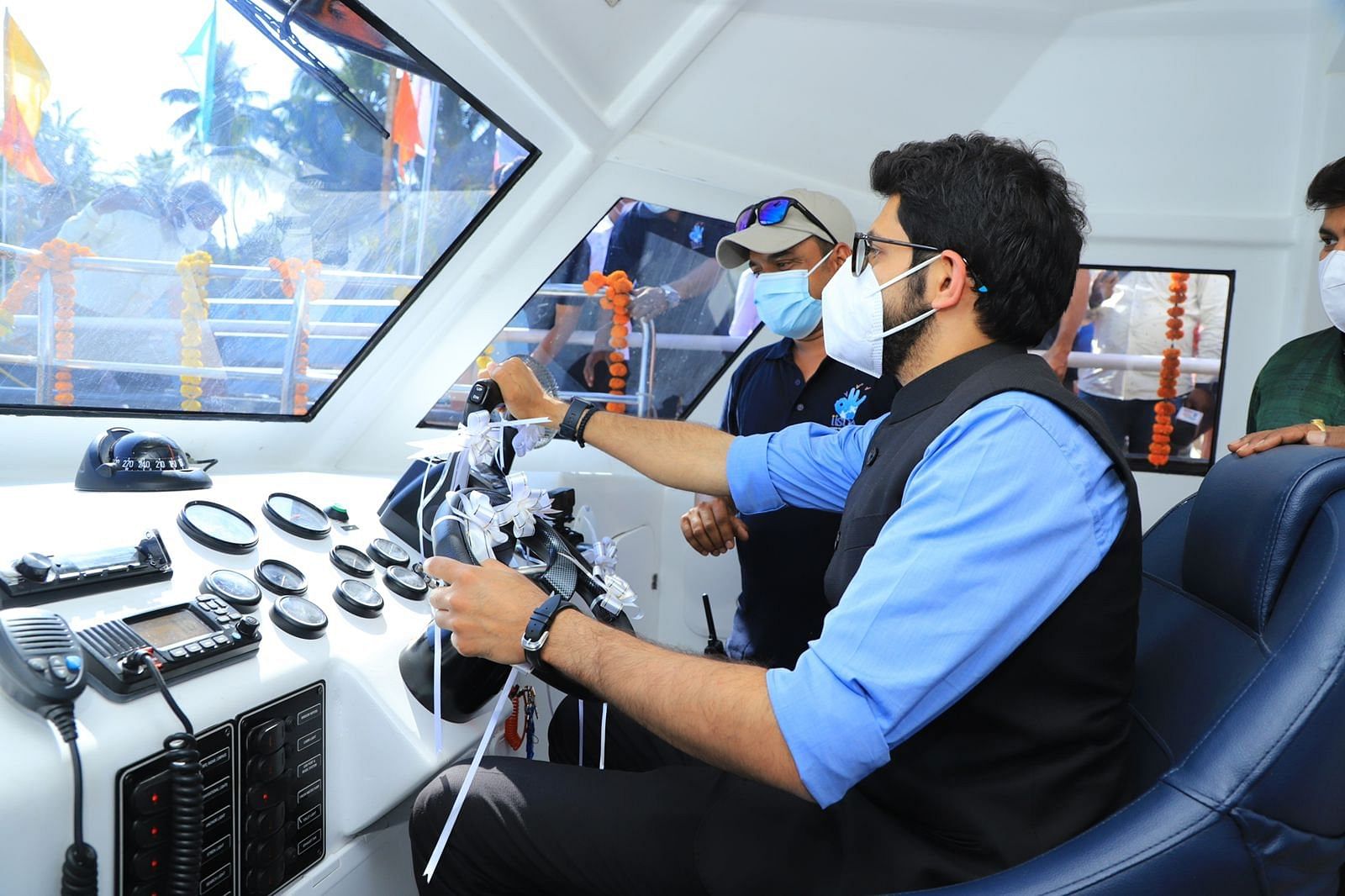 HomeIndia‘Tourism should get its due place in the hierarchy of departments’: Valsa Nair Singh, Principal Secretary of the Tourism Development, Maharashtra