'Too busy fighting amongst themselves': Omar Abdullah slams Congress after Amarinder Singh steps down as Punjab Chief Minister

Taking to Twitter, Abdullah wrote, "I guess it’s too much to expect the Congress to take the fight to the BJP when its state leaders are too busy fighting amongst themselves."

For the unversed, Punjab Chief Minister Captain Amarinder Singh stepped down from his post on Saturday ahead of the meeting of party legislators in the faction-ridden state unit as the party high command decided to effect a change of guard in the border state ahead of assembly polls early next year.

The Chief Minister went to meet Governor Banwari Lal Purohit to hand over his resignation.

The move came as factionalism again surfaced in the state unit with sections opposed to him requesting a meeting of Congress Legislature Party.

Meanwhile, Singh added that he is still in the Congress party and that he will talk to his supporters and decide future course of action.

Punjab is among the last remaining three Congress-ruled states, the other two being Rajasthan and Chhattisgarh. The election is due next year in Punjab and the party high command is making all efforts to bring the rift within control. 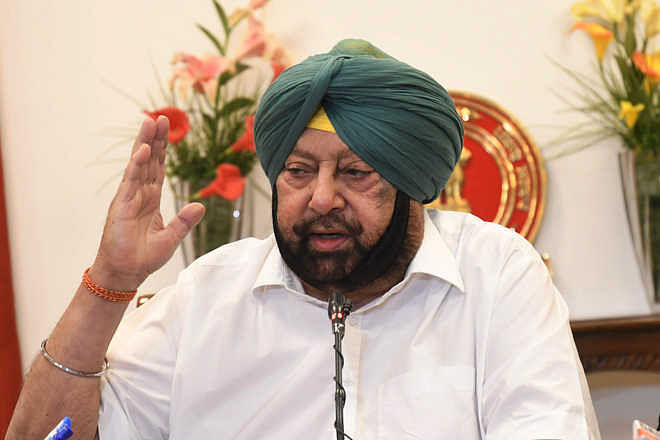