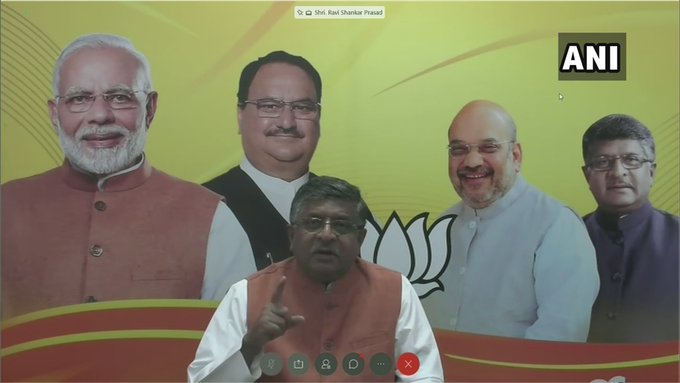 The IT Ministry in a statement said that it had received many complaints from various sources, including several reports about misuse of some mobile apps available on Android and iOS platforms for "stealing and surreptitiously transmitting users' data in an unauthorised manner to servers which have locations outside India".

The ban on the apps had come in the wake of the face-off between the Indian Army and Chinese troops at Galwan Valley in Eastern Ladakh along the Line of Actual Control (LAC) last month, which also killed 20 Indian personnel, in one of the most bloody confrontations between the two sides since the 1972 war.

Now, the ban has taken a political turn with Law, Electronics and Information Technology Minister Ravi Shankar Prasad terming it as a "digital strike". "We banned Chinese apps to protect data of countrymen; it was a digital strike," he said. "India is for peace, but if somebody casts an evil eye we will give a befitting reply," he added at a BJP rally in West Bengal on Thursday.

Prasad had earlier said that that government has banned apps for safety, security, defence, sovereignty and integrity of India.

"For safety, security, defence, sovereignty & integrity of India and to protect data & privacy of people of India the Government has banned 59 mobile apps. Jai Hind!," he tweeted.