A video of the incident has gone viral on social media

Makkal Needhi Maiam (MNM) chief Kamal Haasan lost his cool during a political rally in Tamil Nadu ahead of the assembly elections. During the campaign, Kamal Haasan threw away his party symbol a torchlight in frustration.

Frustrated over his microphone not working during the roadshow, Kamal Haasan was seen throwing down a torchlight he has been carrying in his hand during the campaign.

A video of Kamal arguing with someone in his van during the rally went viral on social media where he also threw the torchlight inside the vehicle.

On March 15, the MNM chief had filed his nomination for Coimbatore South Assembly constituency for the upcoming Assembly polls on April 6. Haasan is pitted against BJP and Congress from the seat where AIADMK had won in the 2016 Tamil Nadu assembly election, while BJP has fielded the national president of Mahila Morcha, Vanathi Srinivasan, Congress has fielded Mayura Jayakumar. 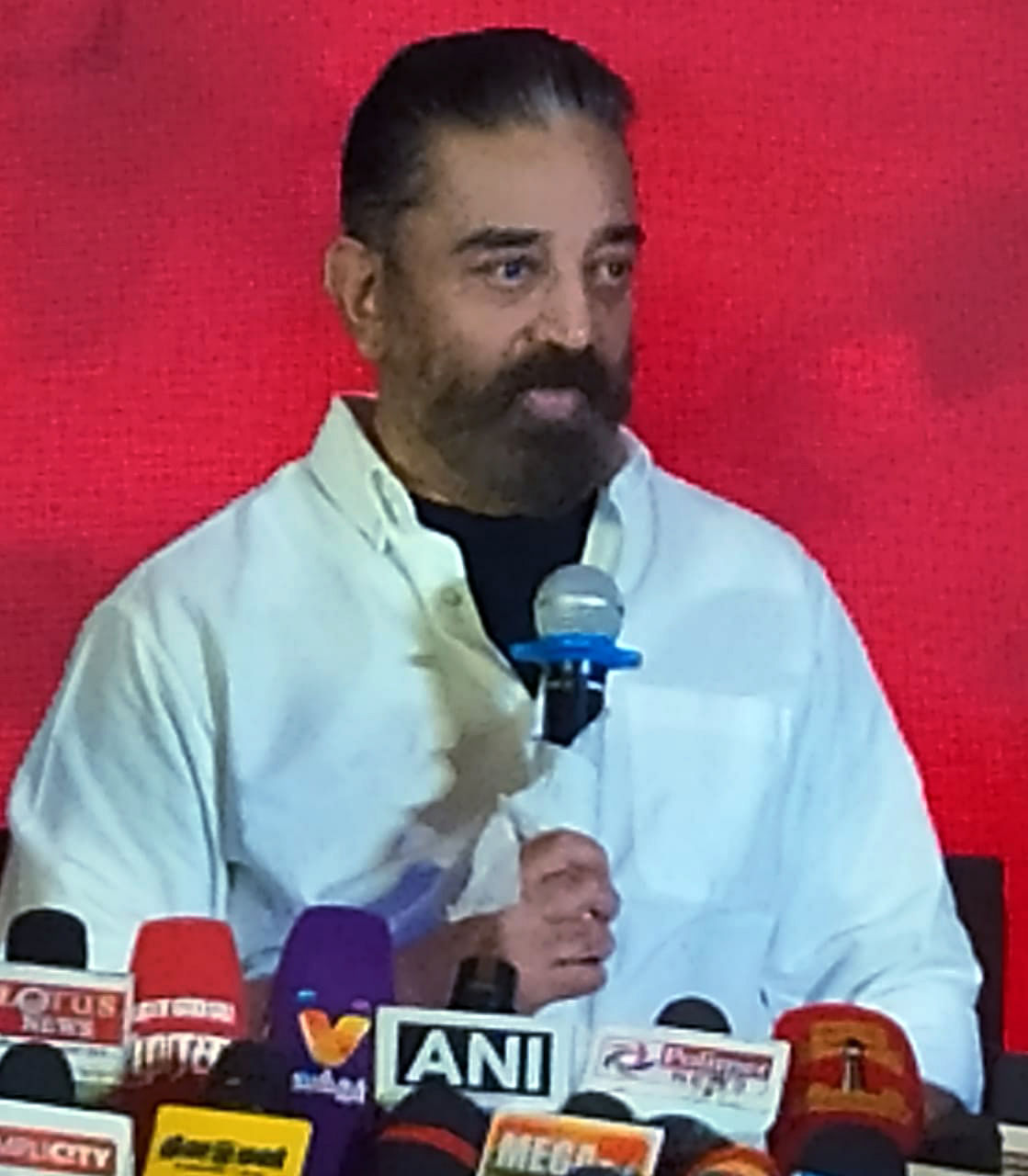 Releasing the second list of MNM's candidates Tamil Nadu assembly polls, the actor-turned-politician made the announcement of his electoral debut from Coimbatore South constituency in Chennai on March 12.

His party MNM finalised the seat-sharing arrangement for the upcoming Assembly election in Tamil Nadu. MNM will contest on 154 out of 234 assembly seats in Tamil Nadu polls. Kamal Haasan said the party left the remaining 80 seats for its two alliance partners -- All India Samathuva Makkal Katchi (AISMK) and Indhiya Jananayaga Katchi – that will contest on 40 seats each.

The seat sharing was announced by the party on March 8. In a document released by MNM, it said, "The parties have committed to the common goal of transforming Tamil Nadu by fulfilling the long-pending aspirations of the people. With the common agenda of restoring the pride and glory of Tamil Nadu, they have decided to embark on a long-lasting journey together".

The 234-members Tamil Nadu assembly polls will be held in a single phase on 6 April and the counting of votes will be done on 2 May.