“Two computers and 30 hours of effort was all that I needed to get this clue on the debris.

Chennai: Shanmuga Subramanian, a 33-year-old engineer from Chennai, turned into an international celebrity overnight after the NASA on Tuesday acknowledged that he had given them the first clue leading to the discovery of the debris of Vikram lander on the moon.

“Two computers and 30 hours of effort was all that I needed to get this clue on the debris. This is no rocket science,” said Subramanian, even as one journalist after another from television and other media organisations landed at his doorstep in south Chennai. 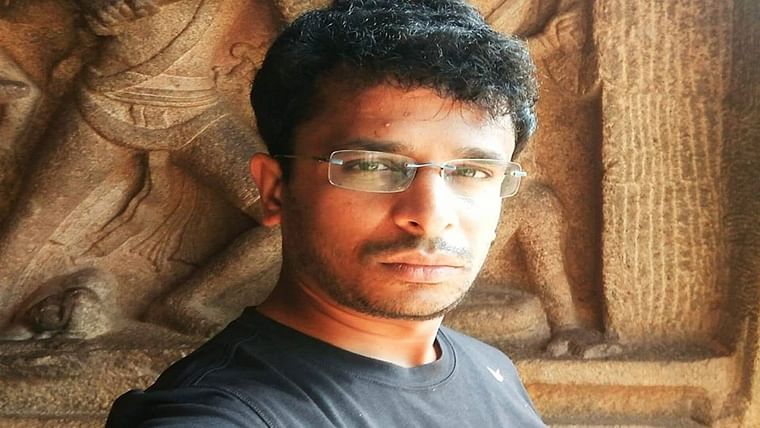 Hailing from the temple town of Madurai, Subramanian had graduated in Mechanical Engineering from the Government College of Engineering in Tirunelveli, a tier-II town in south Tamil Nadu, some years ago. He had an insatiable thirst for space technology and would never miss a satellite launch.

“I followed the Chandrayaan 2 launch keenly and was devastated when communication with the lander was lost minutes before the scheduled landing,” he recalled.

Subramanian then did the next thing that eventually led him to the big 'clue'. He kept reading updates on the mission till the time NASA in a blog on September 29 released the images captured by its Lunar Renaissance Orbiter that had flown over the Vikram Lander's landing area.

He scanned through the 1.25 square metre per pixel resolution images looking up every vertical and horizontal line “with each square marking one square km area.”

And voila! He had found the intended landing site of the Vikram lander from where it led him to the big clue that helped NASA zero in on the exact spot.

As a matter of fact, he said, “I used methods that were very crude,” just going through the images “pixel after pixel”. And then he first tweeted his findings on October 3 tagging both NASA and ISRO and about a fortnight later sent a mail to NASA.

“I could not get the right contact mail ID in ISRO and hence could not inform them,” he added. NASA then confirmed his findings on Tuesday putting him on cloud nine and basking in global media's attention.

In his blog, Subramaniam describes himself as a coder, photographer and a nerd. In his spare time, he runs a Facebook page that provides live updates on rainfall in Chennai.

Ever since ISRO lost contact with Vikram, NASA had made several attempts to locate the Chandrayaan-2 lander with the help of its Lunar Reconnaissance Orbiter.