India's High Commission in Sri Lanka has issued an advisory requesting all Indian nationals in the country to register themselves with the High Commission, amidst an escalating and increasingly violent situation. 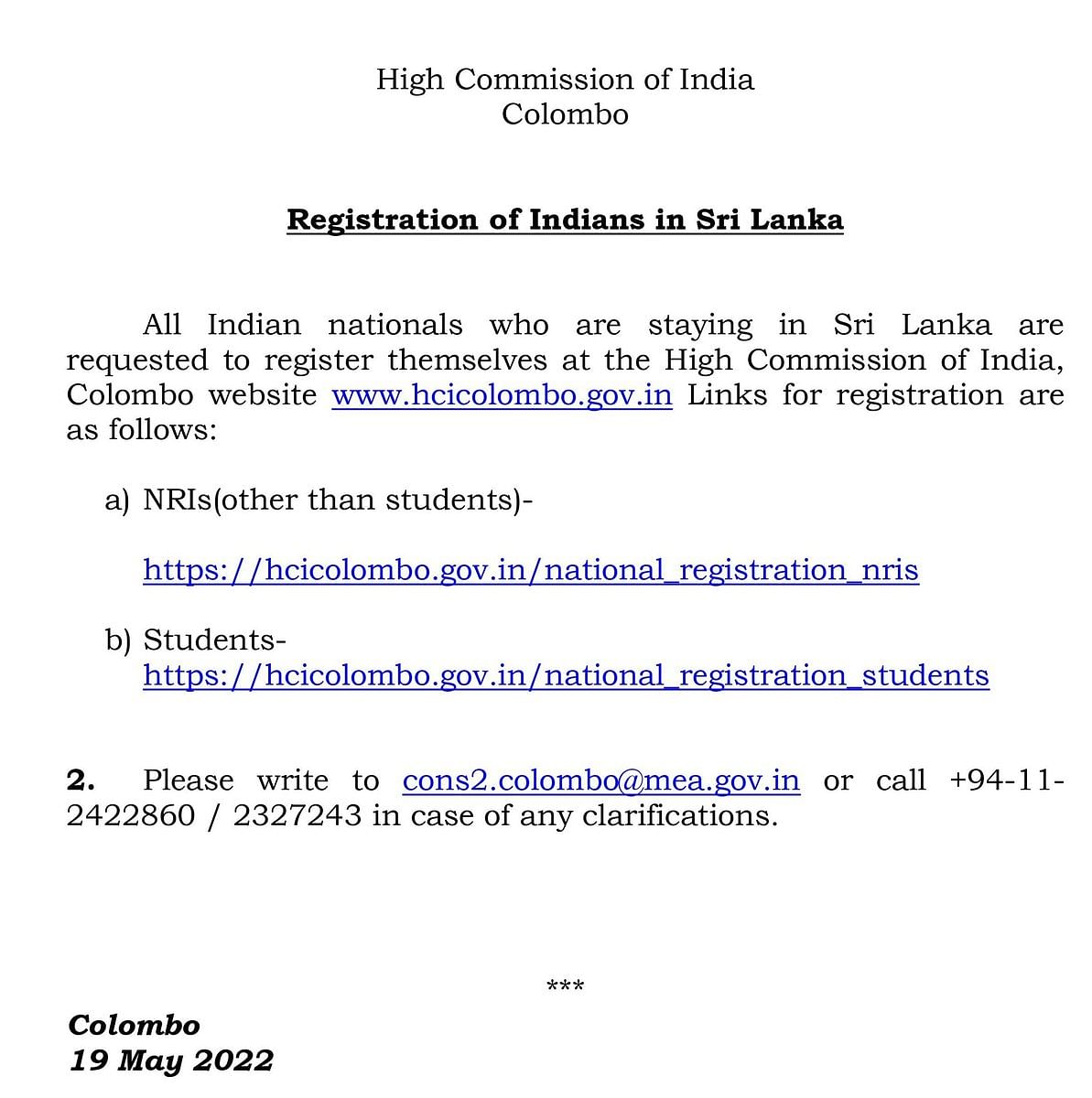 There is an ongoing political crisis in Sri Lanka due to the power struggle between President Gotabaya Rajapaksa and the Parliament of Sri Lanka. It is fueled by the anti-government protests and demonstrations by the public due to the economic crisis in the country.

The anti-government sentiment across various parts of Sri Lanka has triggered a state of political instability the country has not seen since the civil war.

The political crisis began on 3 April 2022, after all 26 members of the Second Gotabaya Rajapaksa cabinet with the exception of Prime Minister Rajapaksa resigned en masse overnight.

Critics said the resignation was not valid as they did not follow the constitutional protocol and thus deemed it a "sham", and several were reinstated in different ministries the next day.

There were even growing calls on forming a caretaker government to run the country or for snap elections, but the latter option was deemed unviable due to paper shortages and concerns over election expenditure, which would often cost in billions.

Protestors have taken to streets to show their anger and displeasure over the mismanagement of the economy by the government and the protestors urged the President Gotabaya to immediately step down for a political change. He refused.

Main opposition Samagi Jana Balawegaya had determined to abolish the 20th amendment by bringing a private members Bill in order to scrap the executive powers of Executive Presidency.