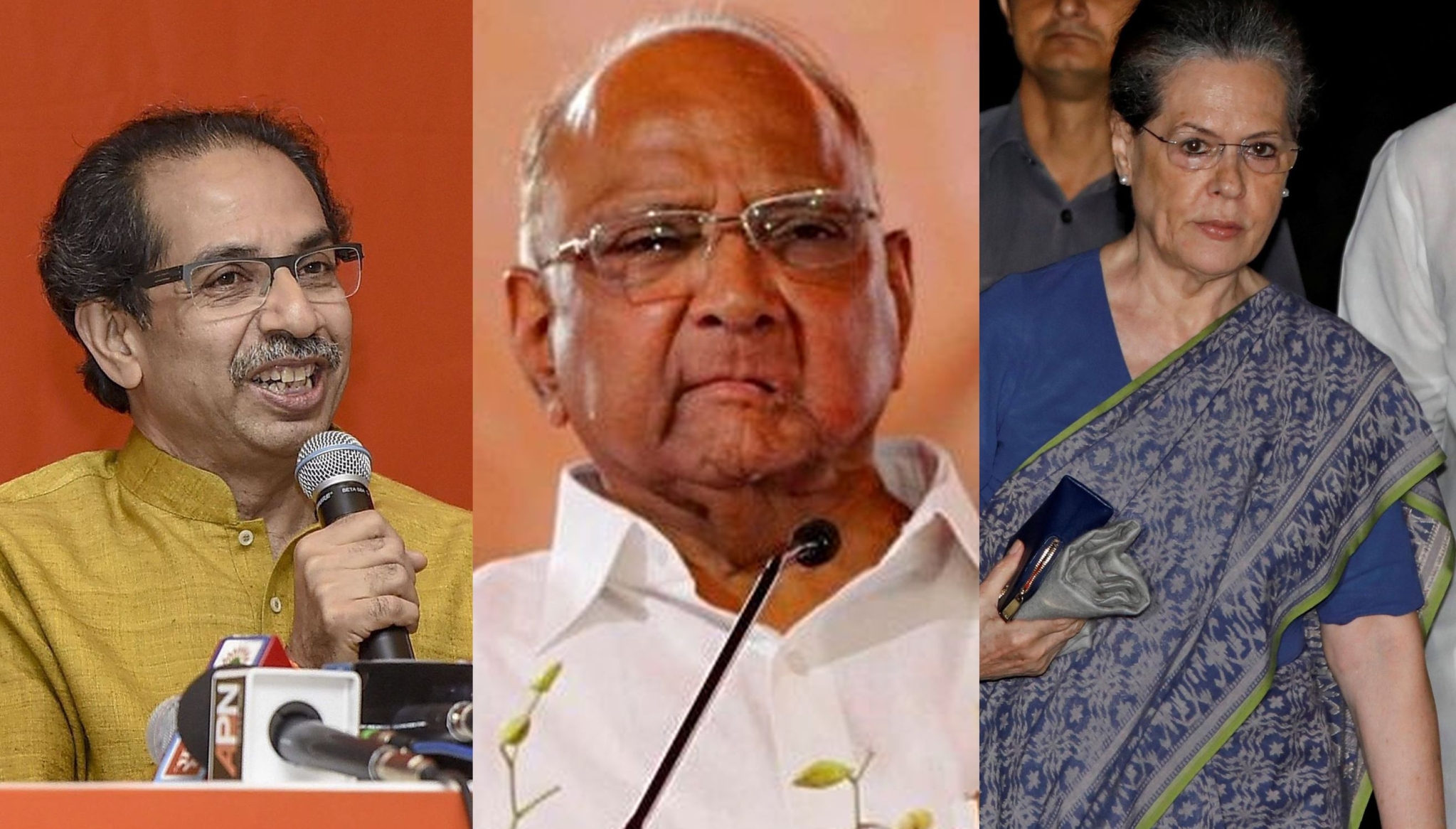 New Delhi: From backing Congress candidates in presidential polls to not fielding any contender against NCP chief Sharad Pawar's daughter Supriya Sule to even tying up with ideologically opposite Muslim League, the Shiv Sena has had a history of flirting with 'frenemies'.

So for those aware of its past, the Shiv Sena, known for its firebrand Hindutva stance, quitting the NDA on Monday and seeking support of the Congress and the NCP does not come as a surprise. 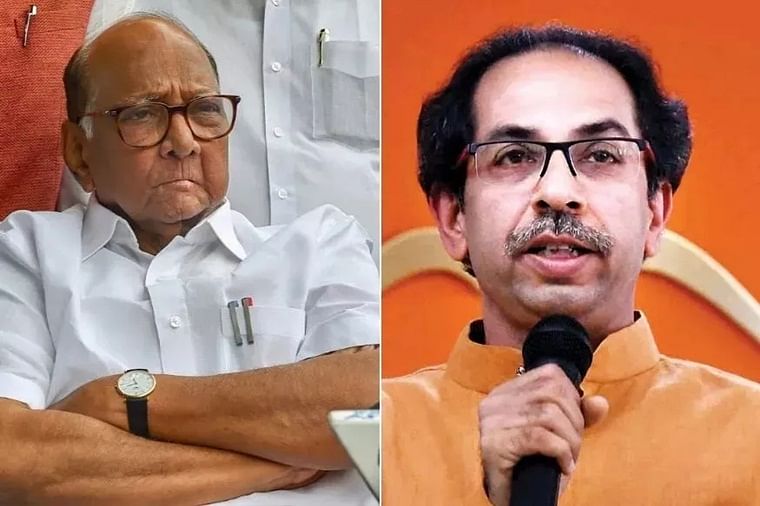 Maharashtra govt formation: This is not the first time Shiv Sena-NCP helped each other

Founded in 1966 by Bal Thackeray, the Shiv Sena in its more than five decades long journey has allied with the Congress, formally and informally.

In its initial days, it was often supported directly or indirectly by many Congress leaders and its different factions.

Noted political analyst Suhas Palshikar in his article in the Economic and Political Weekly writes that senior state Congress leader Ramrao Adik was present at the first ever Shiv Sena rally.

Dhaval Kulkarni, the author of 'The Cousins Thackeray-Uddhav and Raj and in the shadow of their Sena' said that in the 1960s and 70s, the party was mostly used by the Congress to counter influence of the Left on the labour unions in the city.

The party in 1971 allied with Congress(O) and unsuccessfully fielded three candidates for Lok Sabha in Mumbai and the Konkan region. It backed the Emergency in 1977 and did not field any candidate for the Lok Sabha polls held in that year.

"In 1977, it also backed Congress' Murli Deora in the mayoral polls," said Kulkarni. So much so that the party was also mocked as 'Vasantsena', the army of the then Vasantrao Naik who was the state chief minister from 1963 to 1974.

Palshikar writes that in 1978, when attempts to ally with the Janata Party failed, the Shiv Sena allied with the Congress (I), the faction led by Indira Gandhi.

It fielded 33 candidates for the assembly polls. All 33 lost in the anti-Indira wave.

In one of the most unlikely alliances, the Sena also allied with the Muslim League.

Veteran journalist Prakash Akolkar, in his book on Shiv Sena titled 'Jai Maharashtra', writes that for winning the Mumbai mayoral polls in the 1970s, Shiv Sena also allied with the Muslim League.

For this, the Sena supremo also shared stage with Muslim League leader GM Banatwala at Mastan Talao in Nagpada in South Mumbai.

If it was used by the Congress to end the Left dominance on trade unions in Mumbai, the Sena allied with Madhu Dandavate's Praja Socialist Party in 1968.

The bonhomie between the Congress and the Sena ended in the 80s after the death of Indira Gandhi and the ties between the two were not the same. The relations only deteriorated during the terms of Rajiv Gandhi, Sonia Gandhi and later Rahul Gandhi.

"It was also the time when the Sena was growing up at the cost of the Congress and from there it took a turn," journalist Vaibhav Purandare, author of 'The Sena Story' and 'Bal Thackeray- the Rise and Fall of Shiv Sena', said.

This was also the time when the Sena tilted towards Hindutva and gravitated towards the BJP. The late 80s and 90s changed the character of the party which moved towards hardline Hindutuva.

The Shiv Sena, however, broke ranks from the BJP-led NDA and voted for Congress backed Pratibha Patil and Pranab Mukherjee in presidential polls.

The equation between the Thackerays and the Pawars goes back to more than five decades - both were fierce rivals separated by conflicting ideologies but thick friends in private life.

Sharad Pawar in his autobiography 'On My Terms' writes that despite being fierce rivals, how he and his wife Pratibha would visit Matoshree for "gupshup" and dinner.

He also recalls that when he was suffering from cancer in 2004, Bal Thackeray gave him a list of "several commandments" related to diet.

In private, Pawar says, Thackeray addressed him as 'Sharadbabu'. In 2006, when Pawar's daughter Supriya Sule contested the Rajya Sabha polls, Thackeray did not field any candidate.

"Sharadbabu, I have seen her (Sule) since she was a knee-high girl. This is a big step in her career. My party will make sure that she goes to Rajya Sabha unopposed," Pawar said quoting Thackeray's telephonic conversation with him.

When Pawar asked about the BJP's opposition, the NCP President says the senior Thackeray told him, "Oh, you don't worry about Kamlabai (the BJP)".

Incidentally, the NCP fielded a lightweight against Thackeray's grandson Aditya, who was the first in his family to enter electoral politics. He won by a margin of over 67,000 votes in the recent Assembly election.