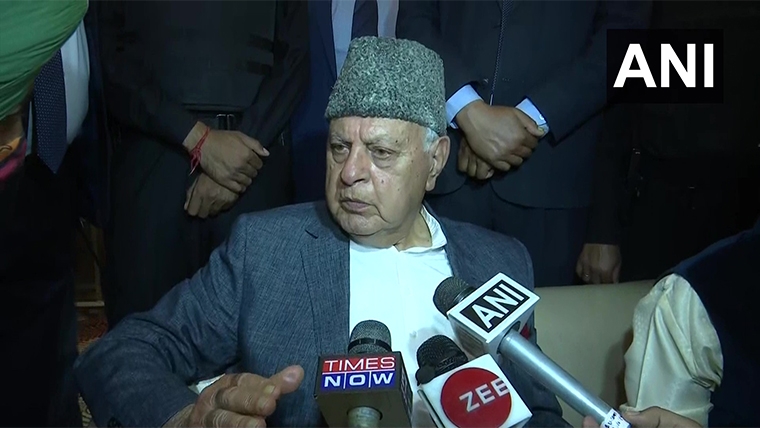 The National Conference had not participated in the panchayat polls held in September 2018 and also boycotted the Block Development Council (BDC) polls held in 2019 after the abrogation of Jammu and Kashmir's special status.

Speaking at the parliamentary outreach programme for strengthening Parliamentary Raj Institutions (PRIs), Abdullah exuded confidence that soon a government will be formed in J&K which will make officials answerable to people.

Requesting Lieutenant Governor Manoj Sinha, who was present on the dais, for providing security to panchayat leaders, Abdullah said they are being targeted by terrorists.

"The politicians who are standing with the country are target of the terrorists and it is for the country to protect them," he said.

Talking about local polls held in September 2018, the National Conference leader said, "I regret that my party didn't participate in panchayat polls".

Abdullah expressed his anguish that government officials of the Jammu and Kashmir administration "don't pick phones as if some ghost is hanging upon them".

He requested Sinha to instruct officials to answer phone calls of people.

"Soon a government will be formed in Jammu and Kashmir which will make government officials answerable to the people," Abdullah said.