Jaipur: The shadow of the Gujarat election was seen during the event to pay homage to the tribal martyrs of Mangarh Dham in Banswara, Rajasthan. 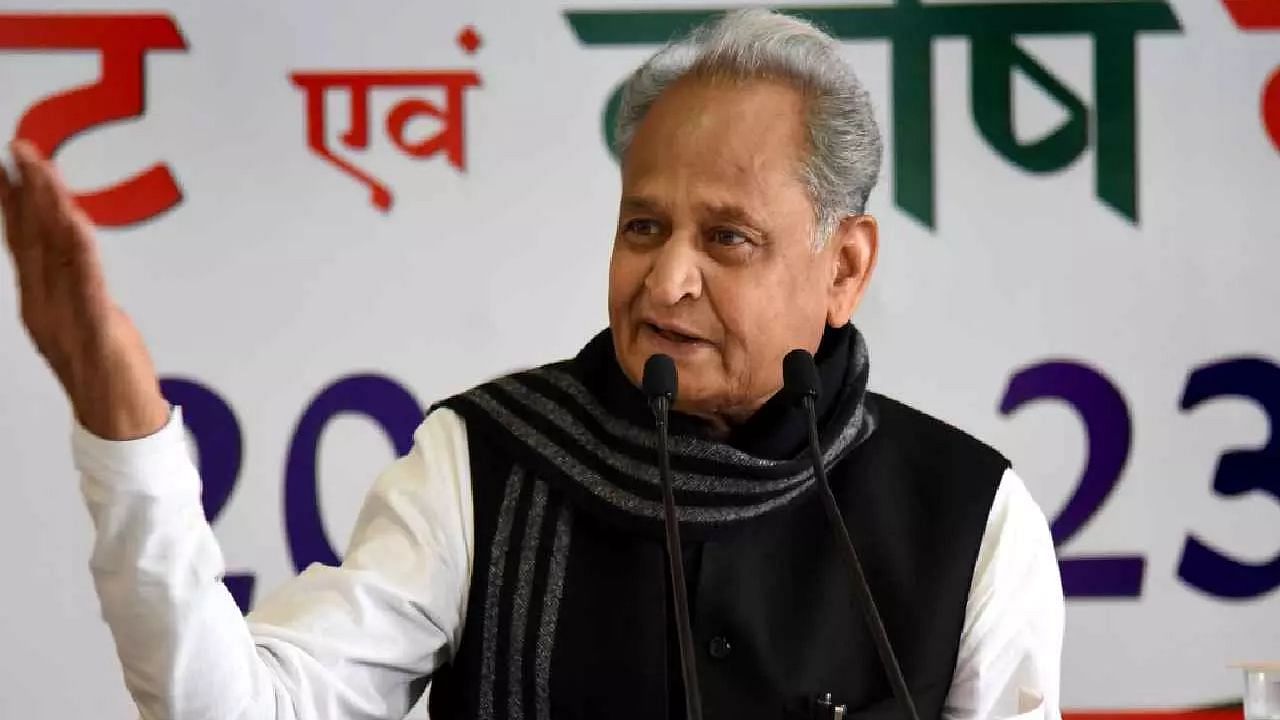 At the event, Gehlot, who is the election in-charge of the Gujarat Congress, once again put forward the popular demand to declare Mangarh a national monument; however, PM Modi refrained from making a clear announcement and instead put the onus on state governments of four states.

"We all have a strong desire for the grand expansion of Mangarh Dham. I requested the state governments of Rajasthan, Gujarat, Madhya Pradesh and Maharashtra to work together and prepare a roadmap for this so that this memorial site of Govind Guru Ji finds a place on the world map," said PM Modi, addressing the large gathering of tribals.

The PM said, "The four states and the government of India will take it to new heights. It may be called a national monument or coordinated effort."

Modi in his address blamed historians for not giving a rightful place to the struggle and sacrifices of tribals.

"Due to unfortunate circumstances, such a significant and impactful event of the freedom struggle could not find its place in the history books. In this Azadi ka Amrit Mahotsav, India is filling this void and correcting the mistakes that were made decades ago," said Modi.

Paying homage to the tribal martyrs, Modi said, "India’s past, history, present and India’s future will never be complete without the tribal community. Every page of the story of our freedom struggle is filled with tribal valour."

He said that it is always inspiring to be in the holy land of Mangarh, which is a symbol of Tapasya, sacrifice, bravery and sacrifice of India's tribal bravehearts.

"Mangarh is a shared heritage of the people of Rajasthan, Maharashtra, Madhya Pradesh and Gujarat," said PM.

After arriving at the venue, the Prime Minister performed Dhuni Darshan and paid floral tributes to the statue of Govind Guru, the tribal leader and freedom fighter.

Before the PM spoke, Rajasthan CM Ashok Gehlot in his address once again demanded national monument status for Mangarh Dham and said that this is a popular demand, urging the PM to announce this today, so that people know about it.

"The country has moved forward a lot and PM Modi gets respect everywhere in the world because he comes from the land of Gandhi where democracy has deep roots even after 70 years of independence," he said.

Notably, Modi and Gehlot were sharing the stage for the first time and although a shadow of political difference was seen in the public address of both the leaders, their meeting quite cordial.

In fact, Modi called Gehlot the "senior-most CM". Recalling the days of his chief ministership, Modi said, "Ashokji and I had worked together as CMs. He was the most senior in our lot of CMs and he is still the senior most among those who are sitting on the stage."