Rahul Gandhi, who toured Tamil Nadu last week as part of his Assembly election campaign, took a detour and headed to an open space in a village in Aravakurichi where the chefs of Village Cooking Channel were giving finishing touches to their huge container of mushroom biryani
N Chithra 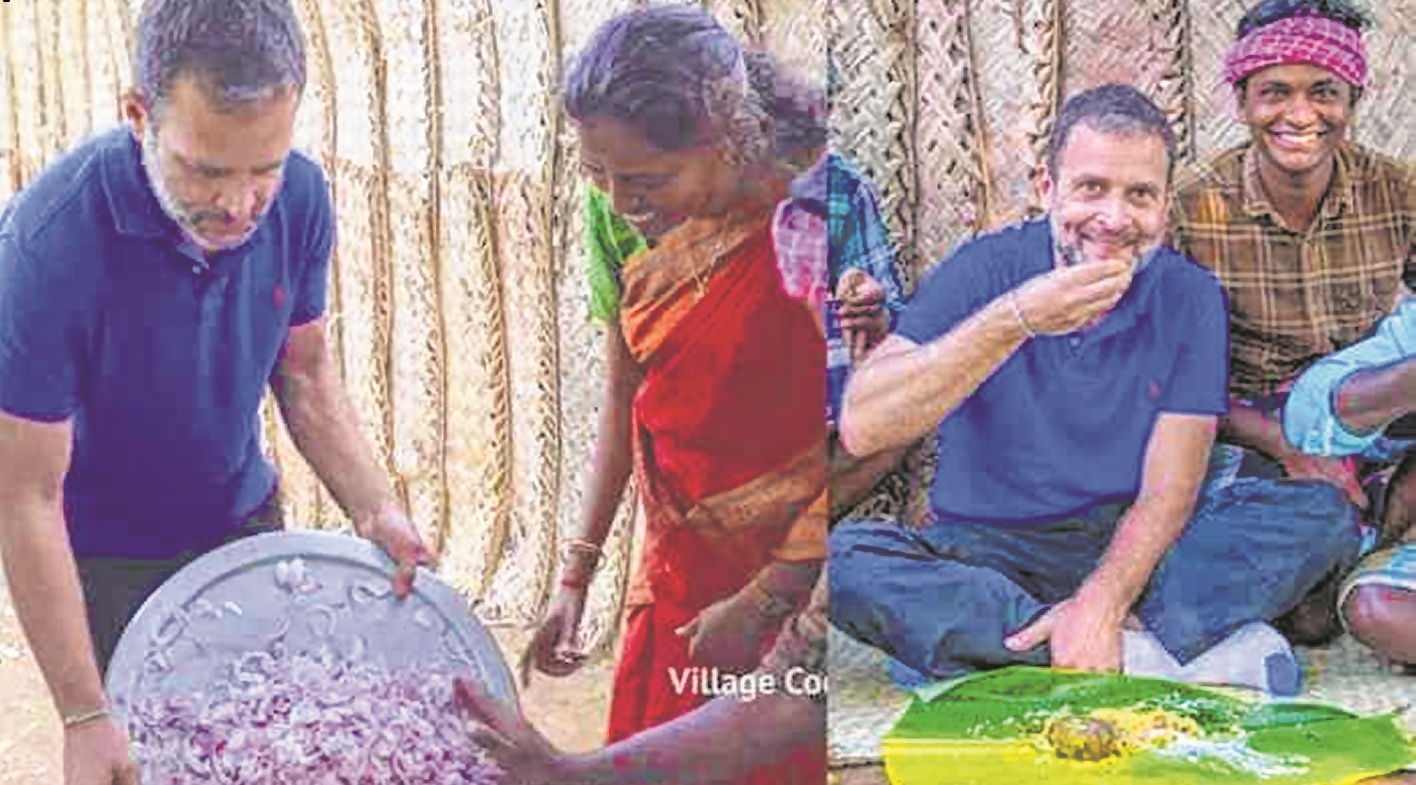 Chennai: In Tamil Nadu, Dravidar Kazhagam founder ‘Periyar’ EV Ramasamy’s political lexicon would often include ‘vengayam’ (onion). He would use the vengayam analogy often to denote you would have nothing left as you peel it layer by layer. But when Congress leader Rahul Gandhi shouted out vengayam as he joined a group of village cooks turned YouTubers to prepare raita as accompaniment for spicy mushroom biryani, people were left asking for more.

Rahul Gandhi, who toured Tamil Nadu last week as part of his Assembly election campaign, took a detour and headed to an open space in a village in Aravakurichi in Karur district where the chefs of Village Cooking Channel were giving finishing touches to their huge container of mushroom biryani. The VCC YouTube channel has a subscriber count of 7.2 million and running and is popular for ordinary-looking folks preparing large quantities of non-vegetarian and vegetarian dishes.

Karur Congress MP Jothimani accompanied Rahul Gandhi who removed his shoes and joined the chefs and shouted out the ingredients – a trademark shout out of the YouTube channel – one by one as he made raita. “Vengayam, thayir (curd) and kal uppu (rock salt),” he screamed.

Later he sat down to relish the mushroom biryani with the raita and gave his verdict romba nalla irukku (It is very good).

On Friday night, as the video was uploaded on the YouTube channel, it went viral. Admirers could not stop commenting about the Gandhi scion’s simplicity in sitting on a mat on the ground and enjoying the food.

V Subramanian, one of the founders of the YouTube channel said he was excited and initially did not believe that the Congress leader would actually be their guests. “This video alone has been seen by over 49 lakh people worldwide by Saturday late evening,” he said.

Rahul Gandhi promised them to get them an opportunity to display their culinary skills in America with the help of technocrat Sam Pitroda.