Reuters award winning photo journalist Danish Siddiqui was killed in war-torn Afghanistan on Thursday evening while covering a clash between Afghan security forces and Taliban fighters near a border crossing with Pakistan.

Siddiqui had been embedded as a journalist since earlier this week with Afghan special forces based in the southern province of Kandahar and had been reporting on fighting between Afghan commandos and Taliban fighters.

Ironically, in a recent tweet Danish had reported how the vehicle he was traveling in was targeted and that he “felt lucky to be safe.’’ He was 40.

President of Afghanistan Ashraf Ghani expressed shock over the killing of the Pulitzer award winning Indian photo journalist. Sources said that his body has been handed over by Taliban to the Red Cross and the Indian government is facilitating the return of his mortal remains in coordination with Afghan authorities and Red Cross.

Danish covered war zones and flashpoints from Iraq to Hong Kong to Nepal. He joined Reuters as an intern in 2010 and rose to be its Chief Photographer. In 2018, he won the Pulitzer Prize in feature photography. He won it with colleague Adnan Abidi and five others for their work documenting the violence faced by Myanmar’s minority Rohingya community. His drone images of mass funerals at the peak of the second wave of the pandemic won global appreciation and recognition.

An alumnus of Jamia Millia Islamia in Delhi, Danish studied at the Mass Communication Research Centre and chose to pursue photography.

Congress leader Rahul Gandhi offered condolences to Danish’s family. The Ministry of External Affairs said that the Indian Ambassador in Kabul was in touch with Afghan authorities. “We are keeping his family informed of the developments.’’

“We are urgently seeking more information, working with authorities in the region,’’ Reuters President Michael Friedenberg and Editor-in-Chief Allesandra Galloni said in a statement. They described Danish as an outstanding journalist, a devoted husband and father, and a much-loved colleague, Our thoughts are with his family at this terrible time.’’

A pall of gloom descended on Jamia campus from where Danish had done his graduation in Economics and later studied Mass Communication. The Vice Chancellor of Jamia Milla Islamia, Professor Najma Akhtar, described Danish’s loss as a loss to the nation. “It is very unfortunate that Danish, who was at the peak of his career, died in the line of duty in Afghanistan. He decided to pursue hotography as a career and was very successful. This news coverage in Afghanistan has deprived India of a gem. When people are sent on such assignments, it must be ensured that their lives are protected.".

Professor Farhat Basir Khan who taught Danish at the Mass Communication Research Centre in Jamia Millia Islamia, remembers Danish as an exceptional student. “I am deeply saddened that we lost Danish. It was an honour to teach and mentor him. We had honoured him for his incredible and very powerful human-interest stories from across the world. If a picture is worth a thousand words, his pictures were worth millions. He was an exceptional human being, an exemplary photographer with a deep sense of empathy, a keen sense of his surroundings and an incredible eye for detail. He will never be forgotten".

The New Delhi based Foreign Correspondents Club of South Asia remembered Danish as “a fiercely talented journalist” whose body of work will live on forever. The FCC also drew attention to the enormous risks journalists take to deliver essential information to the world.

Danish’s father, Professor Akhtar Siddiqui who retired as Dean, Faculty of Education in Jamia, received this correspondent’s telephone call with exemplary calmness and said that they have had a steady stream of mourners, including journalists. Professor Akhtar, who also served as Chairperson of the National Council for Teacher Education, said, “ I really don’t know what to say.’’ 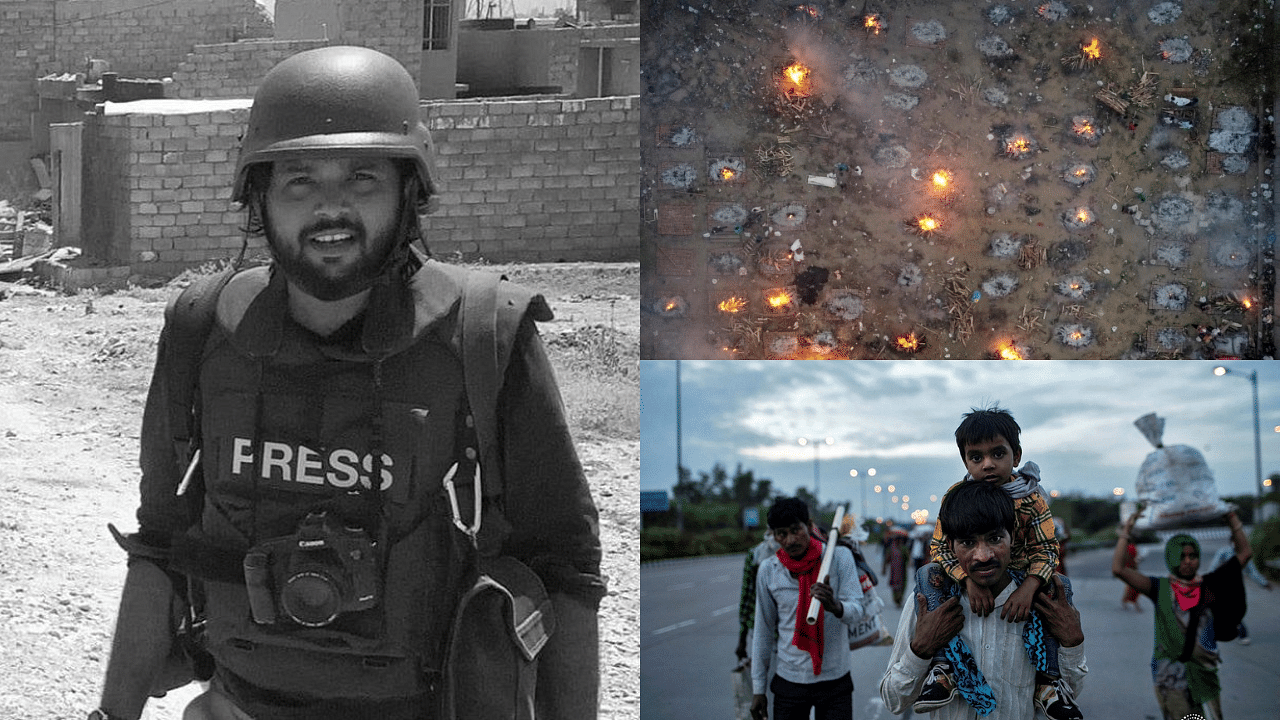