In a tweet, the BSP supremo said that the Pegasus issue has created ruckus in the Parliament, yet the Centre is not ready to probe the matter

Lucknow: Bahujan Samaj Party (BSP) chief Mayawati on Thursday urged the Supreme Court to take cognisance of the Pegasus snooping case and get it investigated under its supervision to find out the truth.

In a tweet, the BSP supremo said that the Pegasus issue has created ruckus in the Parliament, yet the Centre is not ready to probe the matter.

"The ongoing monsoon session of Parliament is not going on properly due to mistrust and huge conflict between the government and the Opposition on the most important issues of the country, public interest and farmers etc. The Pegasus snooping scandal has also created quite a ruckus, yet the Center is not ready to investigate the matter. The Country is worried," Mayawati tweeted in Hindi.

"In such a situation, BSP requests the Supreme Court to take cognisance of this well-known Pegasus snooping case in the country and get it investigated under its supervision so that the truth about it can come to the public," she said in a subsequent tweet.

Leaders of 14 'like-minded' opposition parties in Lok Sabha and Rajya Sabha even held a meeting on Wednesday to jointly press for a debate on Pegasus spyware and farmers' demands. They disrupted proceedings of Parliament's monsoon session for the seventh day on an adamant government not allowing any debate.

The opposition has alleged that names of several Indian politicians, journalists, lawyers and activists have appeared on the leaked list of a potential target for surveillance by the unidentified agency using Pegasus software. This comes following reports published by The Wire. 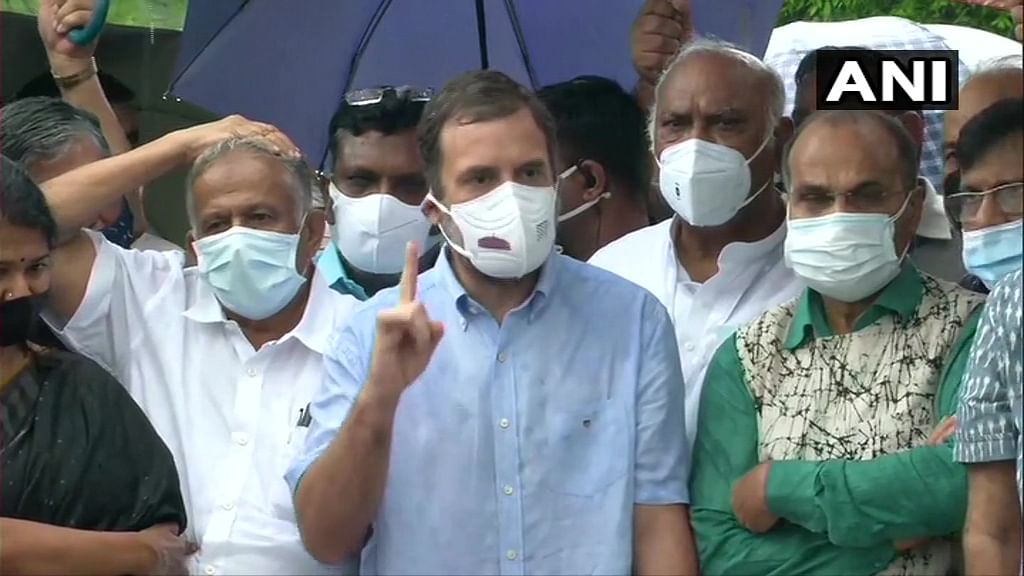