Even as the Shaheen Bagh protests crossed the 70 day mark, hundreds gathered at Jaffrabad metro station to protest the CAA-NRC. Mishra demanded that the roads of Jafrabad and Chand Bagh be cleared.

BJP leader Kapil Mishra, well known for his controversial statements appears to have done it again.

This time, he posted a video of himself giving the Delhi Police an ultimatum.

"Three day ultimatum for Delhi Police -- Clear the roads of Jafrabad and Chand Bagh. After this don't try to explain to us, we won't listen to even you. Only three days..." read the caption.

In the clip, Mishra can be heard reiterating his demand, adding that there should be a change by the time President Trump leaves.

"The DCP is here with me," Mishra adds, pointing at the police official standing next to him.

This is not the first time Mishra has found himself at the centre of a controversy.

In the run up to the Delhi Assembly polls, he had been spotted chanting 'Desh Ke Gaddaron Ko, Goli Maro Saalo Ko' at a rally.

He had also accused Delhi Chief Minister Arvind Kejriwal of indulging in "Jinnah politics" and suggested that the AAP rename itself as "Muslim League". 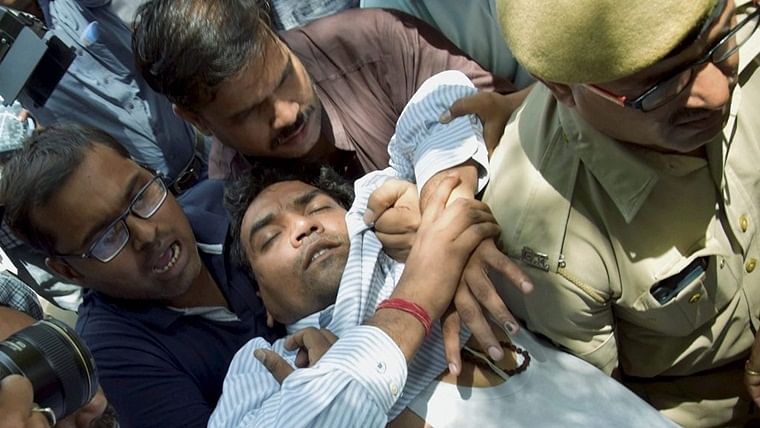 President Donald Trump will be on a state visit to India on February 24 and 25. He is scheduled to visit different sites in Gujarat and Uttar Pradesh before travelling to Delhi.

Delhi has been the site of ongoing protests against the Citizenship Amendment Act. Even as protests at Shaheen Bagh crossed the 70 day mark, a similar protest began in another part of the national capital.

Hundreds of people, mostly women gathered at Jaffrabad metro station in northeast Delhi on Saturday night. They said that they are protesting against the CAA-NRC as well as supporting the 'Bharat Bandh' called by Bhim Army chief Chandrashekhar Azad over reservations in promotions on February 23. 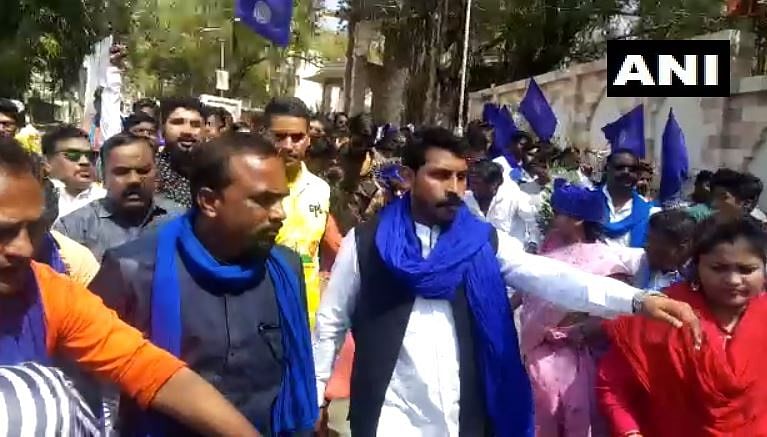 Most of the protesters are carrying the national flag and chanting slogans of "Azadi" while some are even wearing blue bands and chanting 'Jai Bhim'.

Police and paramilitary forces have been deployed there. Since the protest is staged by women, huge number of women officers have also been deployed. Road no. 66 has been blocked by the protesters while entry and exit from the metro station has been stopped.

On Sunday, there was an incident of stone pelting in Delhi's Maujpur between protesters and supporters of the CAA. The police had to resort to firing tear gas shells.