Narendra Modi to address nation today: Five topics the PM could touch upon 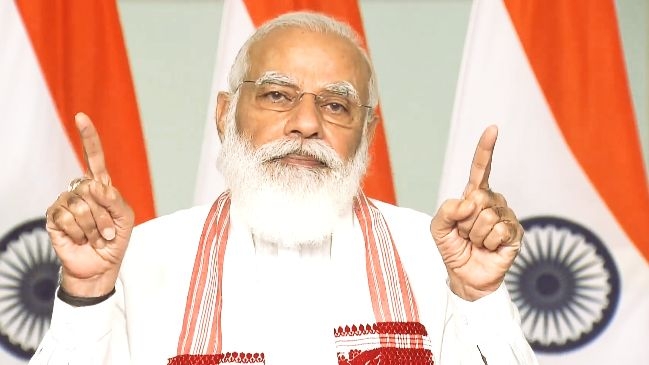 Prime Minister Narendra Modi will address the nation at 6 pm on Tuesday.

Urging people to hear the address, he said in a tweet, "Will be sharing a message with my fellow citizens at 6 PM this evening." Modi has addressed the nation a number of times during the COVID-19 crisis in which he has spoken about various measures, including lockdown, being taken to curb the pandemic and also announced economic and welfare packages.

It will be his seventh address to the nation since the pandemic's outbreak.

The prime minister has often taken to televised address to announce major decisions or developments.

However, this time also Prime minister has not specified what his address will be about. So, here are our five guesses about the topics he will be speaking about:

Union Minister and founder of Lok Janshakti Party (LJP) leader Ram Vilas Paswan passed away on October 8 following an illness. He was 74. Assembly election in Bihar is slated to be held in October and November. Now, it is likely that PM Modi will speak about the veteran leader's contribution in the making of Bihar.

After PM tweed that he will address the nation at 6 PM, Paswan's son Chirag Paswan also appealed LJP candidates to listen to his speech. "PM Modi will share some important information with countrymen. I appeal to citizens to listen to the address in the national interest. All LJP (Lok Janshakti Party) candidates in Bihar should tune in along with people of their constituencies. They must also be careful about social distancing (sic)," Chirag Paswan tweeted.

As the assembly elections are due in Bihar, it is likely that PM Modi will talk about NDA's prospectus in the state.

While the alleged rape and murder of a 19-year-old girl in Uttar Pradesh's Hathras district shook the nation, PM Modi has yet not spoken over the incidence. After the death of the girl, Modi talked to UP CM Yogi Adityanath and directed taking strict action against culprits, but he did not give any statement. In his today's address, he may speak about the incident.

As we all know, that for the last few days, the number of COVID-19 cases in India is decreasing. For the first time since July end, India recorded less than 50,000 COVID-19 cases on Monday. Thus, it is likely that PM Modi will talk as to how India managed to lower the COVID-19 cases. He might also talk about the threat of a second wave of COVID-19 and what precautions should we take during the festival season.

5. Special assistance for citizens ahead of Diwali

In his last such address, he had on June 30 announced the extension of the Pradhan Mantri Garib Kalyan Anna Yojana (PMGKAY), a programme to provide free ration for over 80 crore people, mostly poor, by five more months till November end. In this speech, he might extend the scheme again or declare some additional benefits ahead of Diwali. PM Modi says he has something 'important' to say at 6 PM: Best memes and jokes on Twitter