The court held that Panneerselvam would not be entitled to possession of the headquarters building since he was expelled by the party general council on the day of violence.

AIADMK interim general secretary Edappadi K Palaniswami got a shot in the arm on Wednesday with the Madras High Court quashing the recent order of the Revenue Divisional Officer sealing the party headquarters in Chennai and directing that the key be handed over to him.

The building was sealed after expelled leader and former Tamil Nadu Chief Minister O Panneerselvam forcibly entered it after breaking open the locks amidst violent clashes with supporters of Palaniswami on July 11.

Justice N Sathish Kumar also disapproved of Panneerselvam (referred to as ‘B’ Party) entering the building forcibly, saying the act was nothing but trespass. “…‘B’ Party having attempted to stall the [AIADMK] general council meeting, created a warlike situation as a last resort...Any person said to have been expelled from primary membership cannot claim an absolute right to treat it as a dispute with regard to the property of the political party which is not belonged to any of the individuals particularly, creating a warlike situation by breaking open the door of the building, which was kept under lock and key by another side. Such act is nothing but mere trespass,” the judge said.

The court held that Panneerselvam would not be entitled to possession of the headquarters building since he was expelled by the party general council on the day of violence.

While ordering the RDO to hand over possession of the party headquarters to Palaniswami, the judge, however, said no party cadre or supporter should be allowed inside for a month due to the tense situation. The police must provide round-the-clock security to the party office.

“The attachment of the headquarters of the principal opposition party in the State will strike at the very root of the democratic process and amount to oppression,” the judge said while charging the RDO acted in a mechanical fashion without ascertaining who possessed the building before the violence broke out.

The court also did not approve of the act of both Palaniswami and Panneerselvam, in not preventing their supporters from gathering at the headquarters when the general council meeting was convened on the outskirts of Chennai.

“It shows both, despite being former Chief Ministers, were not bothered about the law and order situation,” said the judge.

The court also faulted the police for failing to take steps to disperse the crowd. “If the police had acted promptly, the violence could have been avoided,” the judge held. 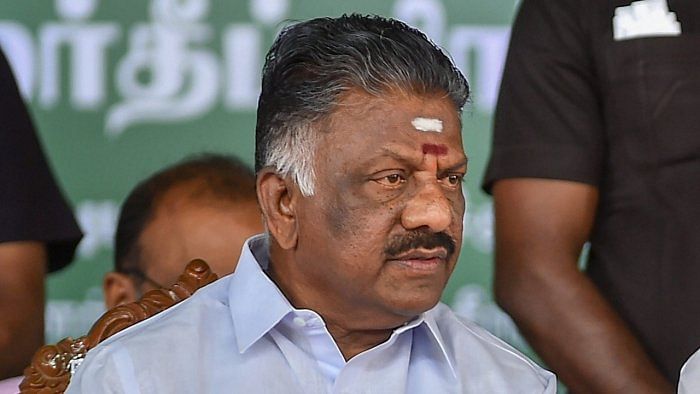