AIADMK whip conveyed the decision to the Assembly Speaker M Appavu. As and when Appavu recognises the AIADMK decision, Udhayakumar would become the Deputy Leader of Opposition.

Expelled AIADMK coordinator O Panneerselvam is set to lose the post of Deputy Leader of Opposition in the Tamil Nadu Legislative Assembly. OPS, who was ousted from the AIADMK days ago, has been removed from his position of deputy floor leader in the Tamil Nadu Assembly, the party announced on Tuesday.

Legislators of the AIADMK who met under the chairmanship of Leader of Opposition Edappadi K Palaniswami on Sunday had removed Panneerselvam as Deputy Leader of the AIADMK Legislature Party. In his place, the legislators on Tuesday unanimously elected former Minister R B Udhayakumar.

Likewise, the legislators replaced the deputy secretary of the legislature party P H Pandian, who was also expelled from the AIADMK, with Agri Krishnamoorthy.

AIADMK whip conveyed the decision to the Assembly Speaker M Appavu. As and when Appavu recognises the AIADMK decision, Udhayakumar would become the Deputy Leader of Opposition.

Incidentally, Panneerselvam had already submitted a letter to the Speaker urging him not to disturb the composition of the AIADMK Legislature Party on any representation from anyone. He had argued that he has challenged the legality of the AIADMK general council meeting held on July 11 in which he was expelled, and the matter was pending before the courts and Election Commission of India.

Incidentally, Udhayakumar, who belongs to the same MBC community as that of Panneerselvam, was the first to urge him to resign as Chief Minister and hand over charge to Jayalalithaa’s aide V K Sasikala in 2016. 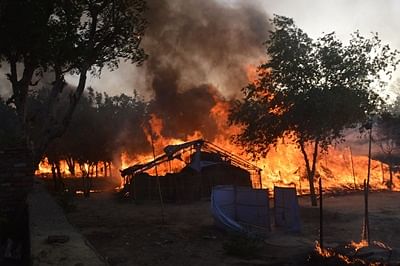