NEW DELHI: Separatist hardliner Syed Ali Shah Geelani, founder of the Hurriyat Conference, a conglomeration of over 20 small parties, had no peace even in death as late Wednesday night the commandos whisked away his body from his Hyderpora residence in Srinagar within two hours of his death at 10.30 pm.

Suffering from dementia and unable to recognise anybody, he had quit the Hurriyat Conference in June last year even while remaining under the house arrest for the past two years. He was a former MLA thrice from Sopore, leaving behind wife, two sons and five daughters.

A relative from Srinagar said, “The police commandos raided his Hyderpora residence, trampled everything, thrashed family members and took away his body. Didn't allow family members to even perform the last rites of janaaze ki namaaz or attend the burial. His wife was kicked and left with bleeding injuries. His son suffered a fracture in the thrashing.” It is his second wife whom he married in 1968 after his first wife's death.

The Srinagar Police imposed curfew in the entire valley and suspended the internet as Kashmir Zone Inspector General of Police (IGP) said the police cannot take the risk of the people coming out in large number from all over the valley if a public funeral were allowed. 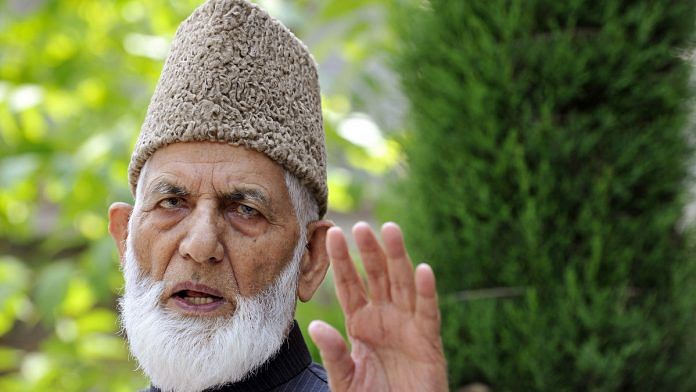