Earlier in the day, former Congress chief Rahul Gandhi said "Hindutvawadis" feel the Father of the Nation is no more but he is alive, where there is truth.

The Maharashtra Pradesh Congress Committee President Nana Patole on Sunday said Mahatma Gandhi's ideology is the guiding light for the country, which will run on the teachings of the Father of the Nation and not on Hindutva. Patole in his address to the party workers after paying homage to Mahatma Gandhi on his death anniversary today said the Gandhian thoughts are deeply rooted in the country and nobody can wipe them out.

''The Gandhian philosophy has been accepted the world over. The country will run on Gandhiji's teachings and not on Hindutva,'' said the Congress leader, whose party shares power with the Shiv Sena and NCP in Maharashtra. Earlier in the day, former Congress chief Rahul Gandhi said "Hindutvawadis" feel the Father of the Nation is no more but he is alive, where there is truth.

‘’Let us resolve to inculcate Gandhi’s thoughts in today's generation. Gandhiji gave independence to this country through non-violence. Gandhiji's teaching of non-violence has been accepted by the world. It is our responsibility to preserve the independence and the constitution as the country is in danger of losing its independence after a long struggle against the British,’’ said Patole.

‘’Attempts are being made to make Mahatma Gandhi a villain by telling false history about him. Be vigilant to prevent this propaganda,’’ he noted.

Patole claimed Nathuram Godse was the first terrorist who assassinated Mahatma Gandhi. His statement has been strongly criticized by BJP.

Meanwhile, Patole said he has written to the Prime Minister Narendra Modi and Chief Minister Uddhav Thackeray against the release of Why I killed Gandhi. ‘’It was up to Kolhe to decide what role he wanted to play as an actor, but he should have understood what was the role when the script of the film pertaining to Godse came to him,’’ he added. 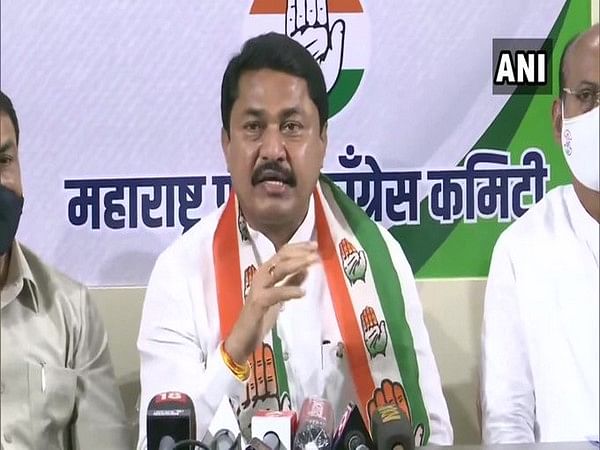