Members of both the Rajya Sabha and the Lok Sabha gave notices under Rule 267 and Rule 176 of the Rules of Procedure for the suspension of business to conduct discussion on the December 9 clashes between the forces of India and China at the Tawang border.

Earlier, the members of both the Rajya Sabha and the Lok Sabha gave notices under Rule 267 and Rule 176 of the Rules of Procedure for the suspension of business to conduct discussion on the December 9 clashes between the forces of India and China at the Tawang border.

Read Also
Rajnath Singh in Parliament: None of our soldiers died in border face-off, issue taken up with China... 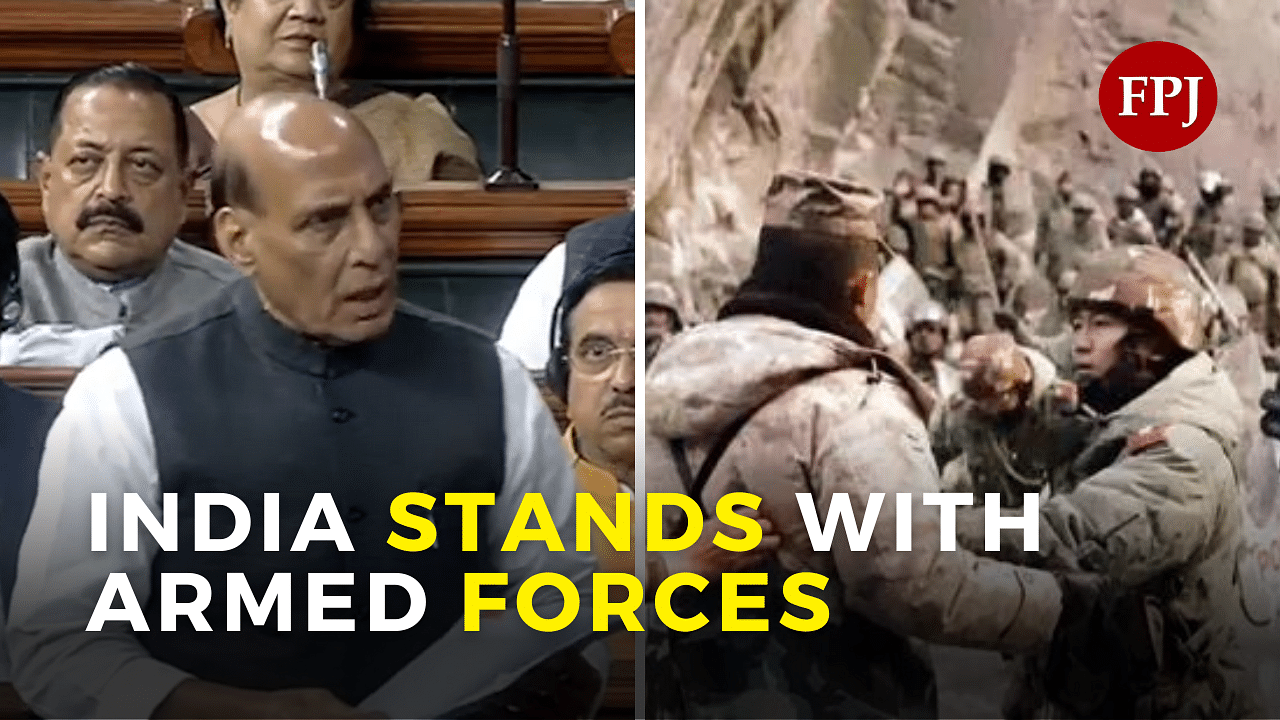 The Defence Minister, Rajnath Singh, addressed the Parliament on the issue of Indo China border crisis. Addressing the Parliament, he said, "On December 9 in the Yangtse area of Tawang sector, PLA troops encroached upon and attempted to change the status quo. This attempt was tackled by our troops in a determined manner. Our troops bravely stopped the PLA from encroaching upon our territory and forced them to go back to their posts."

"In this face-off, few soldiers on both sides suffered injuries. I'd like to tell this House that none of our soldiers died or suffered any serious injury. Due to the timely intervention of Indian military commanders, PLA soldiers have retreated to their own locations." He said.

The MPs including Ranjeet Ranjan, Randeep Singh Surjewala, L. Hanumanthaiah, Jebi Mather, Jajani Patil, Nasir Hussain, Manish Tewari, Manoj Kumar Jha and Priyanka Chaturvedi are among those who have sought discussion on the issue soon after both the houses assemble for the day.

The MPs have demanded to suspend Zero Hour and relevant rules relating to Question Hour and other businesses of the day to have discussion on the issue which need for immediate measures to combat such aggressions and protect India's interests along the international border.

The clash near Yangtse along the LAC in the sensitive sector took place last Friday amid the over 30-month border standoff between the two sides in eastern Ladakh.

"On December 9, PLA troops contacted the LAC in Tawang Sector which was contested by own (Indian) troops in a firm and resolute manner. This face-off led to minor injuries to few personnel from both sides," the Indian Army said in a statement.

"Both sides immediately disengaged from the area. As a follow up of the incident, own (Indian) commander in the area held a flag meeting with his counterpart to discuss the issue in accordance with structured mechanisms to restore peace and tranquillity," it said.

He will make a statement in Lok Sabha at 12 noon today and in Rajya Sabha at 2 pm.