In last four and a half years, Uttar Pradesh was free from riots, says Yogi Adityanath

Saharanpur (Uttar Pradesh): Lauding his tenure as a Chief Minister of Uttar Pradesh, Yogi Adityanath said that in the last four and a half years, the state was 'free' from riots.

Speaking at a function in Saharanpur, in the presence of Union Minister Amit Shah, Adityanath said, "Previous governments lacked agenda on development. There is no space for development and nationalism where only dynastic politics and casteism is being taken care of. Previous Uttar Pradesh governments had no room for education, employment, growth and development of the poor." "In the last 4.5 years, the state was free from riots, people could peacefully celebrate Holi, Diwali, Durga Puja and Janamashtami. The 500 years long wait has came to an end and Ayodhya is now ready to inaugurate the historic Ram Mandir. All this because the country is in safe hands today," said the Chief Minister.

Adityanath further said that Uttar Pradesh is playing an important role in the development of the country and this University on the name of Maa Shakambari is one of the examples that under the leadership of PM Modi and Home Minister Amit Shah, Uttar Pradesh is on the path of development.

Addressing a public gathering in Saharanpur, Shah said, "It is my honour that Yogi ji has invited me to lay the foundation stone of a university in the name of Maa Shakumbhari Devi on this holy and historical land. When I came to Saharanpur in 2017, the people here used to say that we will make a change for the better." Shah laid the foundation stone of Maa Shakumbhari Vishwavidyalaya on Thursday at Saharanpur in Uttar Pradesh.

This development comes just months before Uttar Pardesh Assembly polls that are slated to be held in 2022. 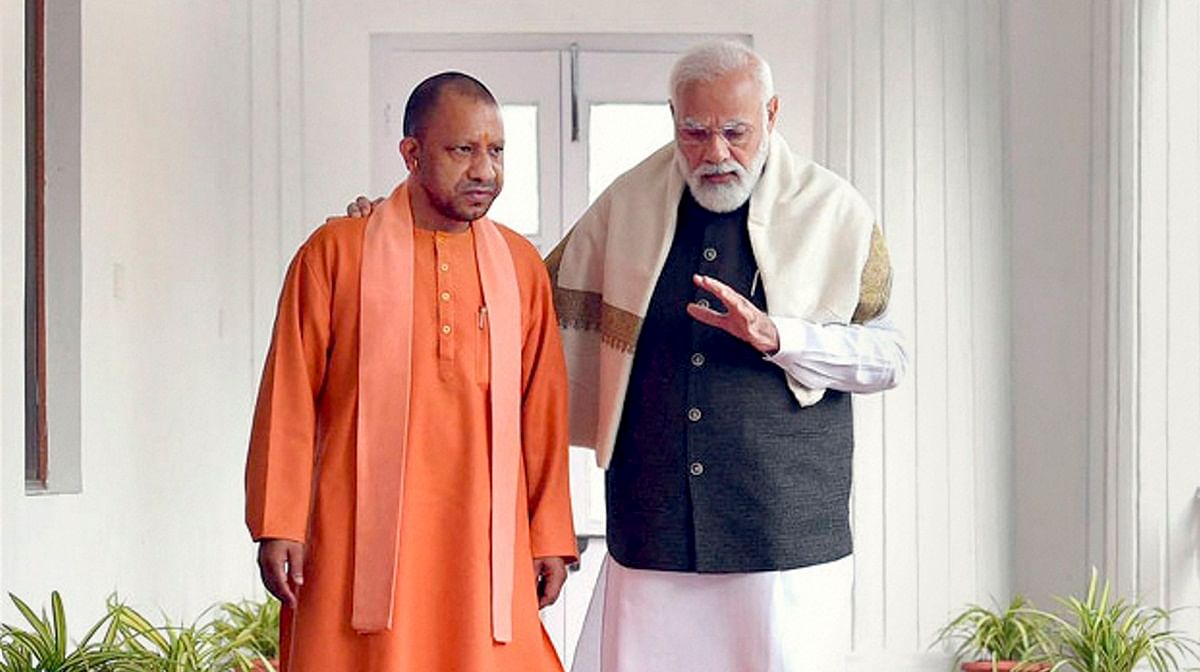