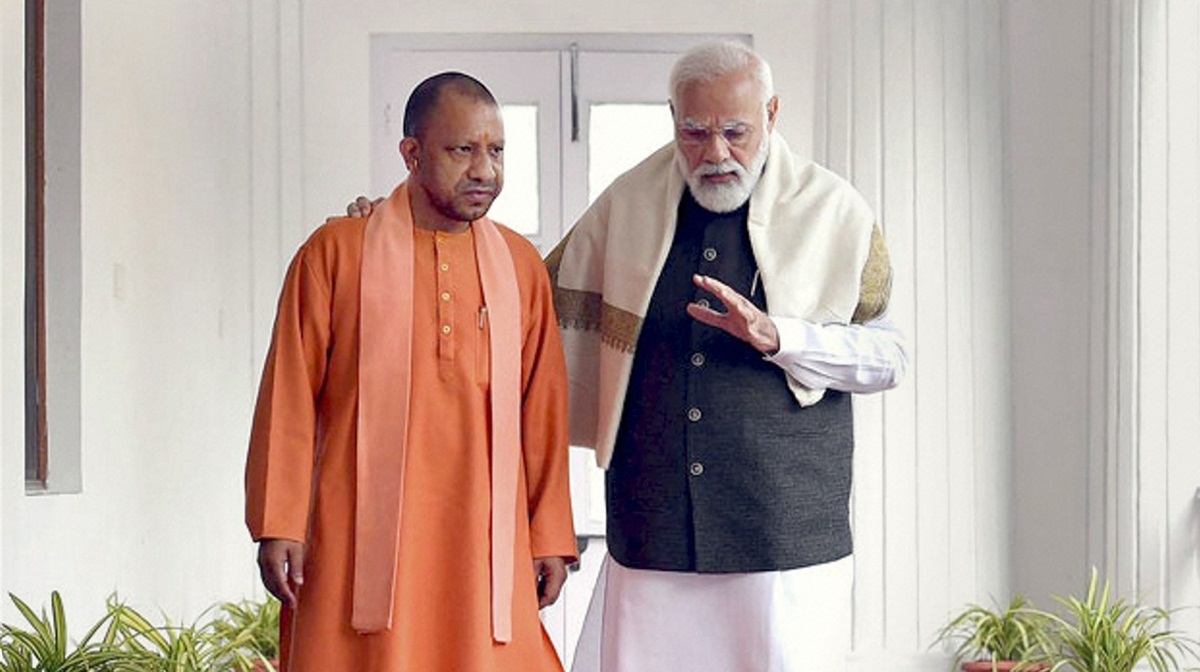 Lucknow: The BJP on Tuesday decided to take out six yatras covering all the 403 assembly seats of Uttar Pradesh ahead of the 2022 elections to make people aware of the developmental work done by its governments at the Centre and in the state.

Uttar Pradesh Legislative Council member Vidyasagar Sonkar has been made the in-charge of the yatras. According to a party leader, national and state-level leaders of the BJP are likely to participate in these yatras.

The decision was taken during a meeting at the BJP state headquarters here in presence of Chief Minister Yogi Adityanath, state BJP president Swatantra Dev Singh, Union Minister Dharmendra Pradhan, who is the party's in-charge of the state elections, and others.

"Before the 2017 assembly elections, we had taken out (similar) yatras highlighting the shortcomings of the previous governments. This time, we are going to tell the people of the state about our achievements and seek their blessings once again," he said.

"He changed it for the villages, poor, farmers, youth and women and initiated a campaign for establishing a new India... now every citizen is talking about it." Adityanath claimed that the common people are happy about the schemes for their welfare. The benefits of the schemes are reaching the last person of the society without any discrimination, he claimed.

"We will reach out to the 25 crore people of the state with the achievement and welfare schemes of the state government and the Centre through these yatras. These yatras will break the barriers of casteism, appeasement and dynastic politics," Adityanath said.

In a tweet, state BJP president Swatantra Dev Singh said, "With the strength of party workers and blessings of the people, the BJP is going to form the government once again with 300 plus seats -- Bharat Mata ki Jai." According to a BJP office-bearer, the details of the yatras are yet to be finalised.

The saffron party had won 312 out of the 403 assembly seats in Uttar Pradesh in the last assembly elections, while its allies won 13.

Separately, 11 people from different political parties including BSP, Congress, SBSP and PSP-Lohia and from other sections of the society joined the BJP on Tuesday.

Speaking on the occasion, Deputy Chief Minister Dinesh Sharma said the BJP is moving towards winning more seats in the upcoming state assembly elections and bettering its 2017 tally.

"Not only is the level of enthusiasm among party workers double this time, the liking for the governments of Narendra Modi and Yogi Adityanath has also increased among people," he said.