Gopal Italia was detained for more than 2.5 hours by the Delhi Police after he appeared before the National Commission for Women (NCW) in connection with his alleged comments against PM Modi.

After the Aam Aadmi Party (AAP) Gujarat unit chief Gopal Italia was granted bail on Thursday hours after getting detained, BJP leader and Union Minister Smriti Irani launched a blistering attack on the former and called him a "gutter mouth" for making derogatory remarks against Prime Minister Narendra Modi and his mother, Hira Ba.

Coming down heavily on Gopal Italia and sharing a video Irani said, "AAP shall be decimated electorally in Gujarat". In the clip, Italia can be heard making derogatory remarks against Hira Ba and abusing her."

In a tweet, Smriti Irani in Gujarati wrote, "Arvind Kejriwal, gutter mouth Gopal Italia now abuses Hira Ba with your blessings. I profer no outrage. I don’t want to show how indignant Gujaratis are but know this you have been judged & your party shall be decimated electorally in Gujarat. Now the people will deliver justice."

The date when the video was shot by Italia could not be verified.

"Hira Ba is the form of Mother Shakti. Kejriwal's special Gopal Italia did not exclude 100-year-old Hira Ba from his politics of hate. There is no place for AAP and its warped mentality in a civilized society like Gujarat," Irani said.

Gopal Italia was detained for more than 2.5 hours by the Delhi Police after he appeared before the National Commission for Women (NCW) in connection with his alleged comments against PM Modi amid protests by party members outside the women's panel's office.

According to senior police officials, a complaint was received claiming Italia's supporters were creating ruckus outside the NCW building following which a team of police reached the spot and detained him.

Taking to Twitter, the AAP national convenor also asked why "entire BJP" was after Italia.

Kejriwal's deputy Manish Sisodia termed Italia's detention as "BJP politics" and alleged that he had been "detained because he belonged to a party that knew how to transform schools".

Read Also
Who's Gopal Italia and what did he say about PM Modi? Read details here 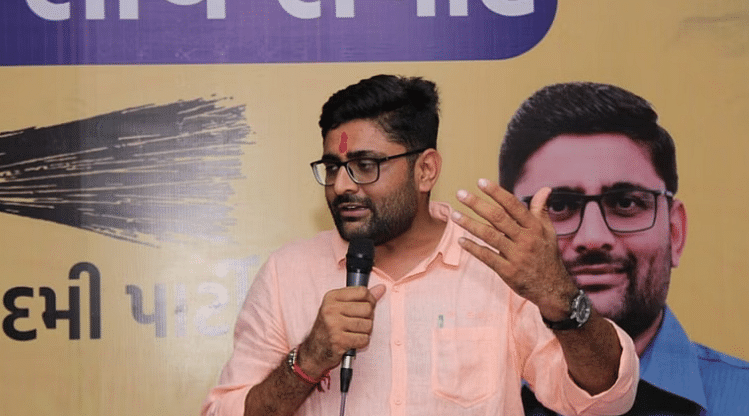