Due to the disruption, the train has been halted at Dungarpur, a Railways spokesperson said.

Some miscreants damaged the Udaipur-Ahmedabad railway track with a blast on Saturday night. The blast has caused cracks in the track. The FSL team has taken the samples and the report is awaited. The track was inaugurated 13 days ago by Prime Minister Narendra Modi.

The incident happened about 35 km away from Udaipur on the Salumber road covered by the railway bridge in Kevde ki Naal where the villagers heard the sound of an explosion around 10 on Saturday night. After this, some youths immediately reached the track and found gunpowder lying on the railway line. The iron plates were broken on the track in many places. Nut bolts were also found missing from the line on the bridge.

On the information of the villagers, officers and police reached the spot on Sunday morning. Primarily, the police have said that the incident was carried out by miscreants. A country-made explosive material has been recovered from the spot and we are investigating the matter.

While the Divisional Commissioner Rajendra Bhatt said, "The track has been damaged and the FSL team has taken the samples so the actual reason for the damage will be cleared only after the report of the FSL."

In the meantime, the railway has partially cancelled both the trains running on this track. Udaipur Railway Area Manager Badri Prasad said that the operation of both trains on the Udaipur-Ahmedabad line has been partially cancelled. The repair work of the track is going on.

Prime Minister Narendra Modi opened the Udaipur-Ahmedabad track, where the explosive was planted, 13 days ago. Due to security concerns, the route's train switching has been halted since the incident. The locals claimed that on Saturday night, they could hear explosions. 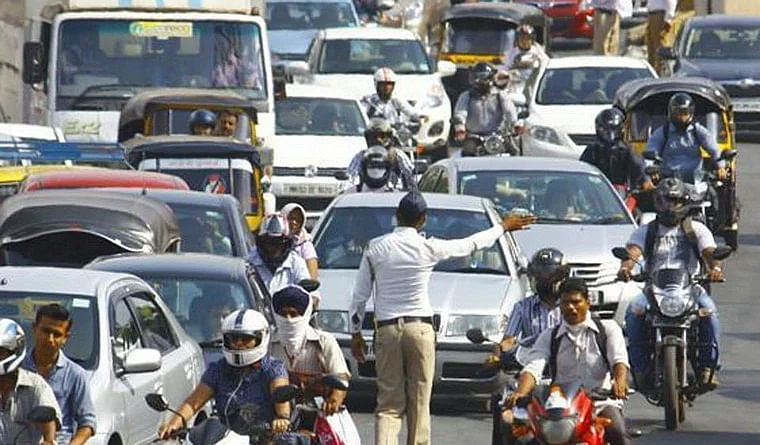