Speaking today in Delhi, Jaishankar said that the situation in the island nation is unprecedented and India is worried about it. But drawing comparisons is uninformed.

The government is addressing an all-party meeting on the Sri Lanka crisis at the Parliament in New Delhi. The meeting is headed by External Affairs Minister S Jaishankar, who is addressing the leaders of various parties.

Speaking today in Delhi, Jaishankar said that the situation in the island nation is unprecedented and India is worried about it. But drawing comparisons is uninformed.

He said the matter pertains to a very close neighbour and it is natural to worry about consequences, and spillover. However, he added that misinformed comparisons in the Lankan context have come to light as people asked if such a situation can occur in India.

The Centre has convened an all-party meeting on Tuesday to discuss the ongoing crisis in Sri Lanka.

Finance Minister Nirmala Sitharaman and External Affairs Minister S Jaishankar will brief floor leaders of all political parties in both the Houses of Parliament at the meeting, Parliamentary Affairs Minister Pralhad Joshi said at an all-party meeting held here on Sunday.

According to sources, Foreign Secretary Vinay Mohan Kwatra is likely to make a presentation before the members on the situation in Lanka and the assistance that India has given in the past to the island nation.

Many political parties had demanded that India should intervene in the crisis surrounding the neighbouring country.

The Island Nation is facing its worst economic crisis in seven decades. The crisis has also sparked a political crisis in the country after a popular uprising against the government. Gotabaya Rajapaksa, 73, had gone into hiding after protesters stormed his residence on July 9 and his resignation was finally accepted by the Parliament Speaker. The 225-member Parliament will elect the new president by a vote on July 20.

This is a developing story 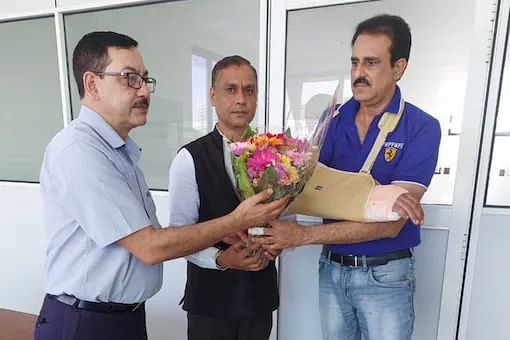