a Congress meeting is underway at the party HQ for preparation for the party's upcoming rally.

Meanwhile, a Congress meeting is underway at the party HQ for preparation for the party's upcoming rally.

Earlier when the rally was announced, Congress general secretary in-charge of communications Jairam Ramesh said in a statement that the ‘Mehangai Par Halla Bol’ interactive meetings would be organised in mandis, retail markets and other locations in all assembly constituencies.

"Prime Minister Narendra Modi's desperate attempt to tar legitimate protest as 'black magic' only highlights the BJP government's insecurity about its failure to control rampaging inflation and unemployment," he said.

“The Congress party will take this fight forward with a series of protests against the price rise and unemployment in the coming weeks”, Jairam Ramesh announced.

The people of India are suffering because of the Modi government's "economic mismanagement" and the Congress will expose this before the people of the country, read the statement released by the Congress leader.

“Inflation is being exacerbated by higher taxes on essential goods like curd, buttermilk, and packaged food grains, while the transfer of public assets to crony capitalists and the introduction of the misguided Agnipath scheme are making a bad employment situation worse," the former minister said. 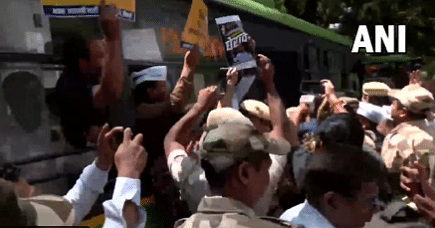