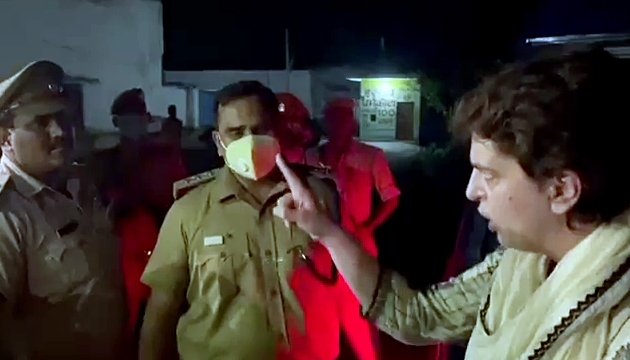 Congress General Secretary Priyanka Gandhi Vadra detained by police personnel during her on the way to on her way to Lakhimpur Kheri, in Sitapur on Monday. | Photo: ANI

Lashing out at the Yogi Adityanath government, Congress General Secretary Priyanka Gandhi Vadra on Tuesday said the Lakhimpur Kheri incident is not an isolated one and charged that the Uttar Pradesh government's reaction to people raising their voice has been consistently that of violence and suppression.

When asked how she saw the Lakhimpur incident, Gandhi in a telephonic interview to PTI, said, "I see it as a part of a bigger picture of what is happening in the state and the nation because it is not an isolated incident in the sense that the government's reaction to protests, to people raising their voices has consistently been that of violence and oppression".

She charged, "This is an extreme situation that has arisen due to the consistent oppression that has been going on. So when anybody in Uttar Pradesh tries to protest, whether it is the students or teachers, they are beaten, oppressed and sent to jail". She also said that there are violent reactions towards people who raise their voices either in protest or simply to demand their rights.

Gandhi also charged that the focus of the Uttar Pradesh government has been propaganda and public relations instead of welfare of people.

The Congress leader also hit out at Prime Minister Narendra Modi, who is on a visit to Lucknow for an event, and asked why is he is not going to Lakhimpur Kheri, which is just a 15-minute helicopter ride from here, to wipe the tears of families whose sons have been "brutally murdered".

Asked about PM's visit to Lucknow on Tuesday and if she wanted to say anything to him, she said, "I would like to remind the prime minister that the freedom he is here to celebrate was given to us by the very farmers whose descendants have been protesting for months on end."

"It is these very farmer's sons who stand at the borders of our nation protecting our freedom even today. As he sits on stage with his retinue of ministers I want to ask him why one of them, the father of the accused has not been sacked yet?" she asked.

"Why is UP's entire police force focussing on putting opposition leaders under arrest, placing the families of the murdered farmers under watch, cutting of the internet and sealing the district of Lakhimpur Kheri?" she added.

Priyanka on her future plans

On her future course of protest over the violence, Gandhi said, "The farmers are still demanding the resignation of the minister and arrest of the accused." "I would like to understand that when government can arrest opposition leaders without an FIR or an order for their arrest, for the crime of trying to visit the victim's families, then why can't they arrest the accused who ran over the farmers and committed murder in full public view? It is clear that something is very wrong. I want to meet the families of the victims," she insisted.

"But it's really not a question of what's happening to me, the main issue here is that when a horrendous crime has taken place why has the government not take any action? Why is it that the BJP Government is pushed into action only due to political pressure? Why is there no due process of law?" she said.

"Why are media channels reinforcing to me that a minister, the father of the accused has stated that this (incident) has not happened at all? Why are we told to listen to the father of the accused who is a history sheeter himself and had threatened those very people just a few days back? Why are we not listening to journalists who were present there, to the families of the victims and the eye witnesses present at the time?" she said.

Condemning all kinds of violence, she said, "For that matter even if BJP workers were killed there, it is wrong...they should not have been...any kind of violence visited upon anyone is wrong. We should speak up for justice for everybody".

Lakhimpur Kheri violence: Being detained for last 28 hours without being charged, says Priyanka...

Gandhi was detained on Monday in Sitapur while on her way to Lakhimpur where eight people were killed in violence on Sunday. Four of the dead were farmers allegedly knocked down by vehicles driven by BJP workers travelling to welcome Deputy Chief Minister Keshav Prasad Maurya.

The others included BJP workers and their driver were allegedly pulled out of the vehicles and then lynched by the protesters. Police have registered a murder case against Ashish Mishra, the son of Union Minister of State for Home, and several others over the death of the farmers. The minister, who is from the area, has denied allegations by the farmers' unions that his son was in one of the cars.

The Congress leader said, "It (government) became an aggressor rather than being a supporter, a facilitator and helping the public during the national crisis. Because the focus of the government is to do its PR and propaganda to enable itself to remain in power and it isn't actually to uphold democratic values and ensure the security and safety of people."

On the law and order in the state, Gandhi said, "I am amazed when I see these massive posters all over bus stands and hoardings in Delhi stating that UP is number one in law and order. Working here I see a completely different picture. I actually see a complete collapse of law and order, a collapse of governance where horrendously violent incidents take place."

On the BJP's allegation that she visits Uttar Pradesh for political tourism, Gandhi said, "I want to ask them when a prime minister travels all around the world getting photo-ops with presidents, why is he is not called a tourist?"

"When I come here and I visit the family of a rape victim or visit families of those who were shot during NRC/CAA (protests) or families of farmers who have been run over by a minister's son then I become a tourist. So, this is purely their propaganda, it is an attempt to paint me as a non-serious politician. I am sorry to tell them that they are not going to succeed because I am extremely serious about my job and my duty." 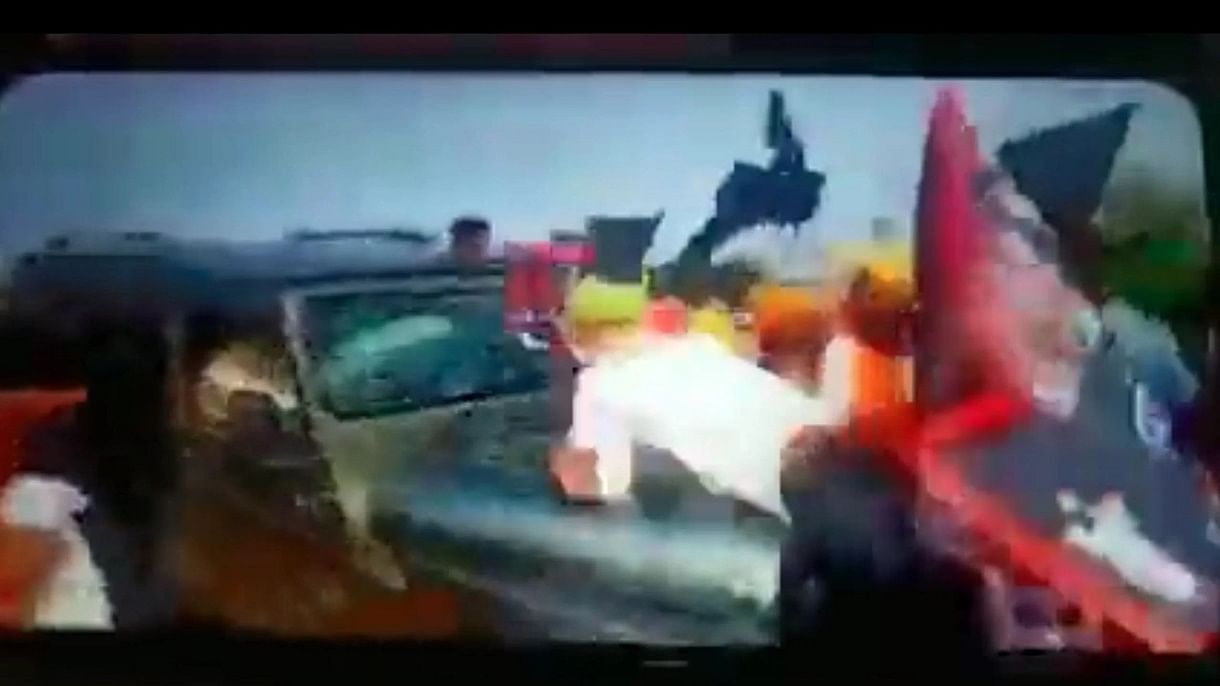