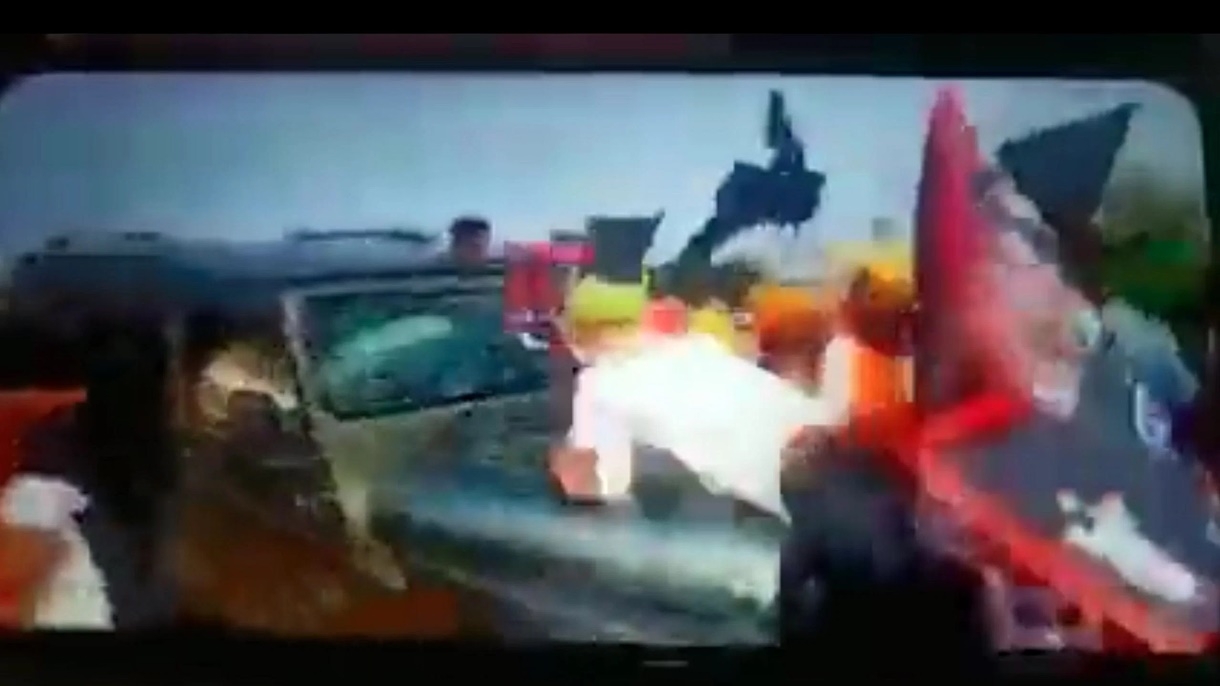 Screenshot of the video

The video was posted on the official Twitter handle of the Congress at 11.33 pm on Monday. "The silence from the Modi govt makes them complicit," read the tweet posted by Congress's official handle.

The video shows a farmer, seen wearing a white shirt and a green turban, landing on a jeep's bonnet as others jump aside on the side to save themselves. The jeep moves on, followed by a black SUV. At least half a dozen individuals can be seen lying on the side of the road as the two vehicles make their way ahead.

As many as eight people were killed on Sunday in Lakhimpur Kheri following violence that broke out after a car hit protesting farmers.

According to a report by India Today, the autopsy report of four farmers who died in Uttar Pradesh's Lakhimpur Kheri revealed that the farmers died due to shock, excessive bleeding, and haemorrhage and that no bullet injury was found.

As per the report, the farmers’ bodies claimed that four farmers identified as Nakshatra Singh, Daljeet Singh, Lavepreet Singh and Gurvinder Singh died as vehicles mowed the protesters down.

Notably, the protesting farmers had been claiming that at least one of the four deceased farmers had received the bullet fired by Ashish Mishra, son of Ajay Mishra, union minister of state for home during the Sunday violence.

The Samyukt Kisan Morcha (SKM) issued a statement regarding the incident claiming the death of four farmers and alleged that one of the four farmers was shot dead by Union Minister of State for Home Ajay Mishra's son, while the others were allegedly run over by the vehicles of his convoy.

Refuting SKM's allegations, MoS Mishra said that his son was not present at the spot, adding that some miscreants mingled with protesting farmers and pelted the stones on the car which led to the 'unfortunate incident'.

The Police have lodged an FIR against Union Minister of State for Home Ajay Misra's son Ashish Mishra and 15 others for murder and inciting violence in Lakhimpur Kheri.