Chief ministers and other senior leaders made last-minute appeals to voters for their support in Mokama and Gopalganj of Bihar, Adampur of Haryana, Manugoda of Telangana, Gola Gorakhnath of Uttar Pradesh and Dhamnagar of Odisha.

An unusually high-pitched campaign for bypolls to seven seats in six states - seen as a battle of prestige for political parties- concluded on Tuesday evening ahead of voting on November 3.

Chief ministers and other senior leaders made last-minute appeals to voters for their support in Mokama and Gopalganj of Bihar, Adampur of Haryana, Manugoda of Telangana, Gola Gorakhnath of Uttar Pradesh and Dhamnagar of Odisha.

Among the seven seats where bypolls are being held, the BJP and the Congress held two seats each, while one seat each was with the BJD, Shiv Sena and RJD. While a victory in the bypolls will not affect their position in the assemblies, the regional parties have undertaken an aggressive campaign to thwart the challenge from the BJP.

In Andheri (East) of Maharashtra, the BJP has pulled out of the race after the Shiv Sena faction led by Uddhav Thackeray fielded the wife of its deceased MLA Ramesh Latke from the constituency.

Rutuja Latke is expected to score an easy victory in the election which is the first after the recent split in the Shiv Sena following a rebellion by Eknath Shinde, who replaced Thackeray as the Maharashtra chief minister. 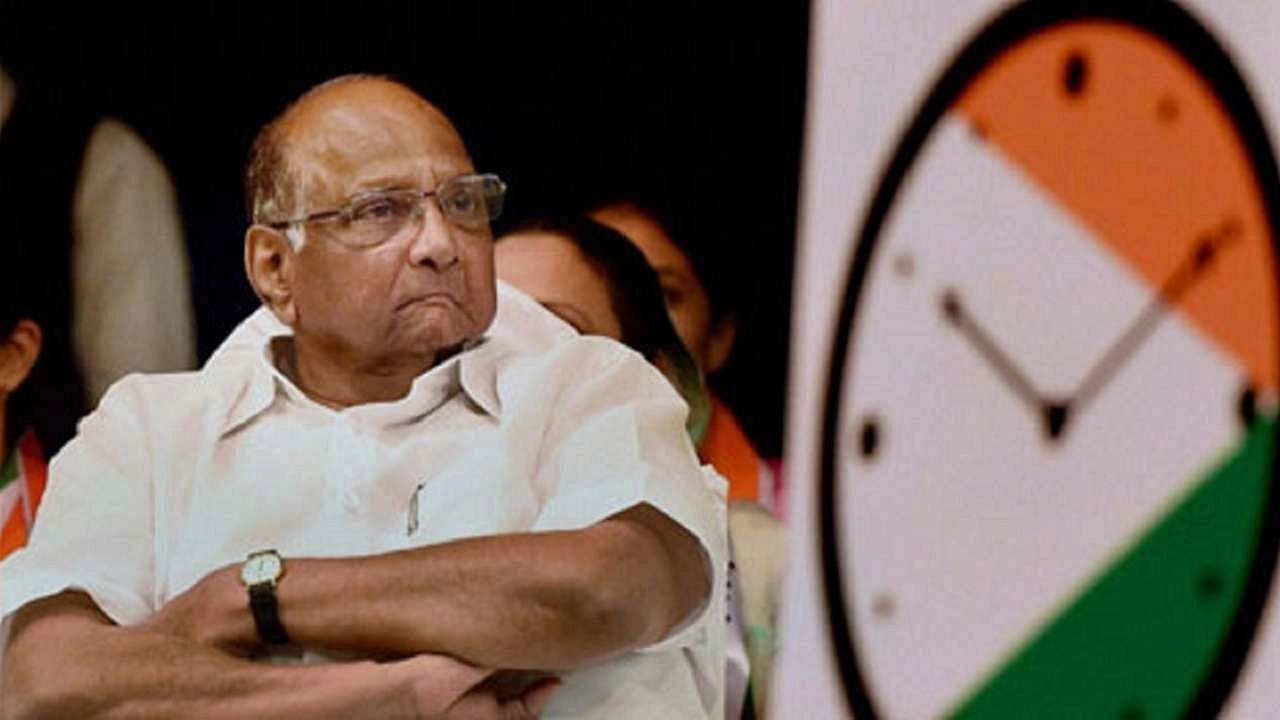 Bihar's Mokama and Gopalganj by-elections will be the first electoral contest after the Nitish Kumar-led JD(U) snapped ties with the BJP in August and again joined hands with the RJD. The seats were held by the RJD and the BJP respectively.

Chief Minister Nitish Kumar urged voters of Mokama to support Neelam Devi, the RJD candidate and wife of his former protégé Anant Kumar Singh whose disqualification has necessitated the by-election.

Kumar made the appeal in a video message after he stayed away from the campaign due to an injury.

"I have not been able to come myself, but I appeal to all people of Mokama to ensure a massive victory of Neelam Devi, the Mahagathbandhan candidate who is contesting on the RJD's hurricane lamp symbol," Kumar added.

Anant Kumar Singh was disqualified earlier this year upon conviction in a case relating to the recovery of arms and explosives from his residence.

The BJP has nominated from the seat greenhorn Sonam Devi, wife of a local muscleman Lalan Singh who has been opposing Anant Singh. 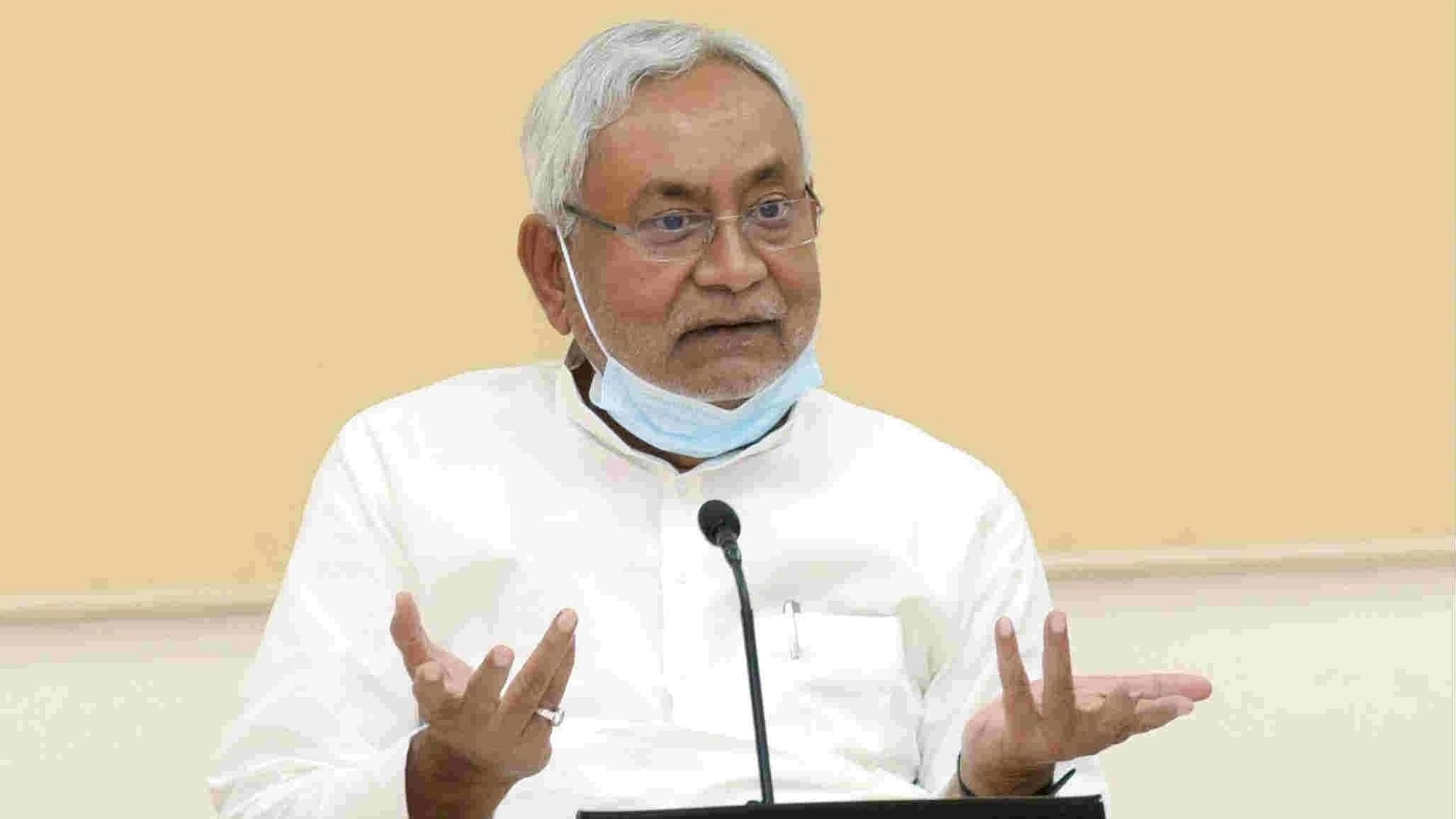 Gopalganj by election in Bihar

The BJP campaign was steered by its leaders and later Chirag Paswan, an estranged ally, canvassed in support of its candidates.

The Election Commission has asked Telangana's chief electoral officer to keep a "close watch" on the Munugode Assembly constituency through "various enforcement agencies" amid allegations of attempts to induce voters.

The direction came after the Telangana Rashtra Samithi (TRS) alleged that Bharatiya Janata Party (BJP) candidate K Rajagopal Reddy transferred Rs 5.24 crore from his family-owned firm's account to 23 people and entities within the constituency, a charge denied by the latter.

The EC had on Saturday barred Telangana energy minister Guntakandla Jagadish Reddy from campaigning for 48 hours for violating the poll code after he allegedly threatened to stop welfare schemes if people do not vote for the ruling TRS candidate.

The TRS, recently renamed Bharat Rashtra Samiti (BRS), aims to demonstrate its dominance in state politics and go national with a big win here. A loss would hamper not only its national plans but also embolden the opposition ahead of the Assembly polls.

The BJP, meanwhile, hopes to give a push to its plans to emerge as the alternative to TRS with a victory in Munugode. The party is on a high following its victories in Dubbak and Huzurabad Assembly bypolls and also the Greater Hyderabad Municipal Corporation (GHMC) election during the last two years.

While 47 candidates are in the fray, the main contest is confined to Reddy, who is seeking re-election on a BJP ticket after quitting the Congress, former MLA Kusukuntla Prabhakar Reddy of TRS and Congress' Palvai Sravanthi.

The TRS too raised the pitch with several state ministers, MLAs and other leaders covering every inch of Munugode. TRS Working President K T Rama Rao even announced that he would "adopt" the constituency and personally focus on its development.

Congress nominee Palvai Sravanthi is banking on the goodwill of her late father Palvai Govardhan Reddy who had served as Munugode MLA and as MP.

The Gola Gorakhnath seat in Uttar Pradesh fell vacant after the death of BJP MLA Arvind Giri on September 6. With the BSP and the Congress keeping away from the bypolls, there seems to be a direct fight between the BJP and the Samajwadi Party.

The BJP has fielded Aman Giri, son of Arvind Giri, while the SP candidate is former Gola MLA Vinay Tiwari. While it is hoping to get sympathy votes, the BJP has not taken the contest lightly and deputed as many as 40 star campaigners including all major UP cabinet ministers and party office-bearers.

On the last leg of electioneering on Monday, UP chief minister Yogi Adityanath made promises on payment of cane dues and establishment of Chhoti Kashi corridor on the lines of Kashi Vishwanath and medical college.

Adampur by election in Haryana

Chief Minister Manohar Lal Khattar has been actively campaigning for Adampur Assembly bypolls in Haryana's Hisar district, where former chief minister Bhajan Lal's grandson is among 22 candidates in the fray.

The bypolls were necessitated after Kuldeep Bishnoi, the younger son of Bhajan Lal, resigned as MLA from the seat and switched from the Congress to the BJP in August. Bishnoi's son Bhavya is contesting the bypolls as a BJP candidate.

The BJP, Congress, Indian National Lok Dal and Aam Aadmi Party are among the key parties contesting the bypolls.

BJP held a rally in the constituency on Tuesday that was addressed by Chief Minister Khattar and other leaders of the BJP and its ally JJP.

Leaving behind the political rivalry between the Bhajan Lal and Devi Lal families, Haryana Deputy Chief Minister Dushyant Chautala also campaigned for Bhavya. The JJP leader is the great grandson of Devi Lal.

Congress leaders including Bhupinder Singh Hooda and state unit chief Udai Bhan held a series of poll meetings on the last day of campaigning, while AAP took out a roadshow. The INLD also held a rally.

AAP nominated Satender Singh, who switched over from BJP after having earlier remained with Congress too. Punjab Chief Minister Bhagwant Mann also campaigned in Adampur.

Khattar on Tuesday appealed to Adampur voters to make Bhavya victorious with a big margin and assured them no stone will be left unturned to ensure development.

Dhamnagar by elections in Odisha

Odisha Chief Minister Naveen Patnaik had on Monday addressed voters in Dhamnagar through the virtual mode and promised that five years of work will be completed in 18 months.

Patnaik who is also the Biju Janata Dal (BJD) president urged them to elect a woman from the seat as "mothers work more efficiently".

The BJD won all six Zilla Parishad seats and 9 of 11 wards of Dhamnagar Notified Area Council (NAC) in the panchayat and civic polls held in February and April respectively this year. The party has also won all bypolls since 2019.

"I am optimistic that the people will repeat it," Patnaik said.

The BJD's official candidate is facing a rebel as its former MLA Rajendra Das is in the fray as an Independent.

Both BJD and BJP have accused each other of violating the model code of conduct and have filed complaints with the EC..

Counting will take place on November 6

The counting of votes will take place on November 6.