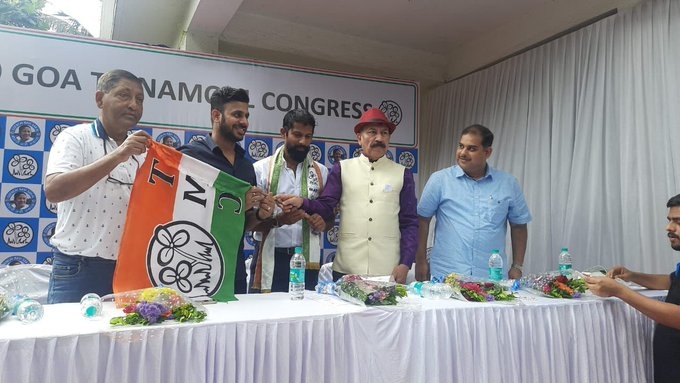 “After former Chief Minister along with 10 leaders defected to TMC, today two celebrated players joined TMC. There will be more joining the TMC soon,” said the cricketer adding that TMC Rajya Sabha MP Derek O’ Brien will be visiting Goa for the next five months.

Asked that BJP is confident about their work to which the TMC MLA said that the BJP’s fear is leading to such a statement.

“The ground reality of Goa is really harsh. There is no proper electricity. The youths of Goa are leaving for other states for jobs and education. If BJP is confident on not working and still getting votes then it’s up to the saffron camp. TMC didn’t enter Goa for just contesting but to win the state,” claimed Manoj.

It can be recalled that on Wednesday former Chief Minister of Goa Luizinho Falerio along with 10 other heavyweight leaders from Goa had defected to the Trinamool Congress.

Soon after defecting Falerio claimed that TMC Supremo Mamata Banerjee is the only ‘credible face’ against the ‘devious’ BJP.

However, the saffron camp didn’t want to give any importance to the joining in the Trinamool Congress.