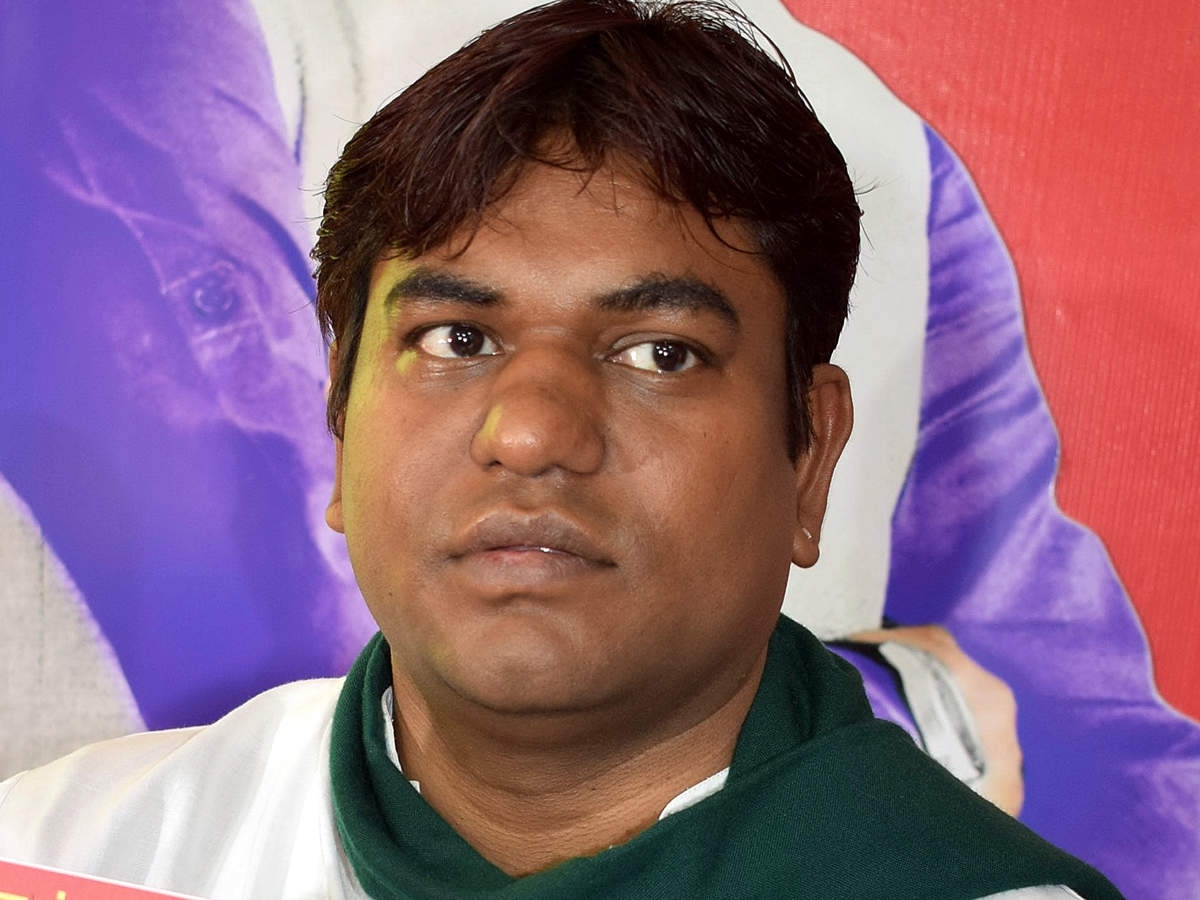 PATNA: Mukesh Sahni, animal husbandry and fisheries minister of Bihar was detained at Lal Bahadur Shastri Airport in Banaras by Uttar Pradesh police and his supporters were dispersed by use of force.

Sahani had gone to Banaras to unveil the statues of Phoolan Devi, once a Bandit Queen and former MP from Mirzapur, on her death anniversary.
Banaras police commissioner, A Satish Ganesh issued prohibitory orders and denied permission to the Bihar minister, who is also president of the Vikashsheel Insaan Party (VIP), a constituent of NDA in Bihar, to hold meetings. He was disallowed from entering the town and told to return from airport.

Sahani had programmed to unveil two 18 feet height statue of Phoolan Devi at Sujabad and Ramnagar in Banaras,Lok Sabha constitutency of the Prime Minister Narendra Modi. Police seized the statues from the trucks sent from Patna, where statues were prepared at the residence of the minister.

Sahani had got 21 statues of Phoolan Devi made at Patna and sent them to different parts of Uttar Pradesh, including Gorapkhpur, constituency of the Chief Minister Adityanath, Lucknow, Agra, Sultanpur, etc for installation today. Phoolan Devi was gunned down in New Delhi at her official bungalow after she returned from the Parliament. She was a member of Samajwadi Party.

Mukesh Sahani had announced his party would contest 165 seats in Uttar Pradesh's assembly elections scheduled next year. He described Phoolan Devi as leader of the fishermen community and said she was icon of the Mallah. Sahani calls himself as Son of Mallah.

Banaras police seized all banners and posters of VIP and Mukesh Sahni and arrested over two dozen leaders of the party staying in two different hotels at Banaras. These leaders were not allowed to move out of the hotel rooms.

Police claimed according to a state government order of 2008, permission of the chief minister is required before installing any statue in the state. VIP did not seek permission for installation of statues of the two term MP from Mirzapur, Phoolan Devi. Police refused permission to hold public meetings in view of the COVID restrictions.