Singh, a 1984 batch IAS officer of the Uttar Pradesh cadre was a special assistant to the then Railway minister Nitish Kumar and later his principal secretary between 2005 and 2010.

Union Minister of Steel and Mines Ramchandra Prasad Singh, whose 12-year second-term as a member of Rajya Sabha expires on July 7, is uncertain about his renomination as MP for the third term as his former boss, and Bihar chief minister Nitish Kumar is against his continuation in the Union Cabinet.

Elections in the Bihar Assembly to elect five members of the upper house will take place on June 10 and out of 45 MLAs of JDU, only one of them will get the chance to get its seat in Rajya Sabha.

RCP Singh is staying here for the last one week but has failed to seek an appointment with the chief minister. Singh and Nitish Kumar were present at the wedding of the son of the CM security officer at Ara, but Nitish maintained his distance from his former secretary.

Singh, a 1984 batch IAS officer of the Uttar Pradesh cadre was a special assistant to the then Railway minister Nitish Kumar and later his principal secretary between 2005 and 2010.

He was elected to Rajya Sabha in 2010 for the first time. After Nitish, he became the national president of JDU and in July 2021, became union minister against the wish of Nitish.

Singh invited the wrath of Nitish Kumar after showing his support to the BJP on caste census and opposed it when Nitish strongly advocated caste-based census. 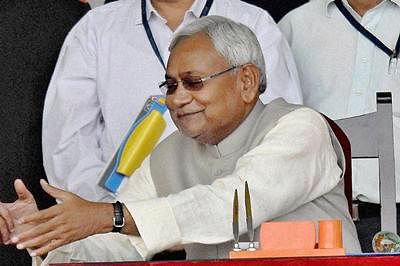