Besides Delhi, farmers to launch agitation in UP and Uttarakhand; BKU leader Rakesh Tikait to hold Maha Panchayats 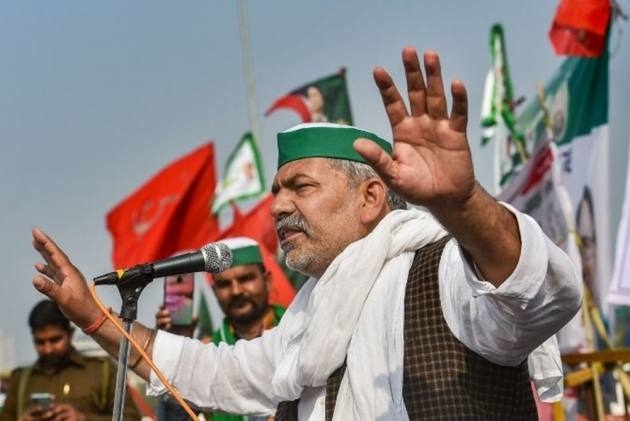 Lucknow: Occupying Delhi borders in protest against the farm laws for the last eight months, the farmers will now launch massive agitation in Uttar Pradesh and Uttrakhand. The joint front of farmers made this announcement in Lucknow on Monday and named it Mission UP & Uttrakhand.

The joint front will start agitation with a grand rally of farmers in Muzaffarnagar, UP on September 5 and after this, similar programmes would be organized in every divisions of the state. During the agitation, the farmers would raise the demand for withdrawal of three farm laws, guarantee of minimum support prices and other issues related to UP & UK.

While making this announcement in the state capital on Monday, Rakesh Tikait of Bhartiya Kisan Union (BKU), Yogendra Yadav of Jai Kisan Andolan, Shiv Kumar Kakka of Rashtriya Kisan Majdoor Mahasangh and Dr Ashish of All India Kisan Majdoor Sabha said that their movement in Delhi has completed eight months and now it has been decided to launch Mission UP & UK. The farmer’s joint front has demanded that all the toll plazas in UP & UK be abolished. The front has called upon the farmers to demonstrate at the offices of Ambani and Adani group. Besides, it has also called for boycott of leaders of BJP and its associate parties. Very soon, the farmer leaders would begin a series of meetings in entire UP to mobilize people for the agitation. According to Rakesh Tikait, a massive panchayat of farmers would be called at Muzaffarnagar in western UP on September 5 and after this, it will be organized in every division of the state. He said that the joint front has decided to raise local issues related to farmers in their agitation along with the national ones. He said that farmers in UP are suffering a lot and they are being denied proper rates for their produce. Citing example of wheat procurement farmer leaders said that Yogi Government has being claiming to have made record purchase but the fact is that it has only procured 18 per cent of the total production. Besides there has been dismal government procurement for other crops such as pulses, maize and mustard. The farmers in UP and UK are forced to sell their produce below MSP.