A heartbreaking video went viral on Wednesday, showing a toddler pulling at the shroud covering a woman who had passed away -- seemingly trying to wake her up.

The incident took place at a railway station in Bihar's Muzaffarpur station. The video was shared on social media by many including Aam Aadmi Party leader Sanjay Singh who had griticised Railway Minister Piyush Goyal, even calling him "the most disrespectful, insensitive and failed railway minister in India's history".

"Does the BJP government not see the pain of this innocent, people are dying of hunger and thirst," he had asked, alleging that the government was busy pointing fingers.

But there might be more to the story that previously thought. Responding to Singh's post the Indian Railways took to Twitter on Wednesday afternoon urging the AAP leader to refrain from spreading "false news".

"The family confirmed that she was already unwell. She was taking a train from Ahmedabad to Katihar on May 23, and was de-boarded by her family at Muzaffarpur after she passed away on May 25," the handle wrote.

Now to be fair, Singh's tweet had not actually spread any news at all, beyond sharing the video -- something that the Railways does not deny the existence of. As reports had already stated, the woman's corpse was laid down on the station platform while her toddler tried to wake up until an older child dragged him away.

In recent times there has been a large scale exodus of migrants from various cities amid the coronavirus outbreak and the consequent lockdown. Many people have also died while attempting to return home. In one horrific incident that took place in Maharashtra earlier this month, a group sleeping on the rail tracks were killed by a train. 16 migrant workers were crushed to death by a goods train in Aurangabad district of Maharashtra, sparking widespread outrage and condemnation. 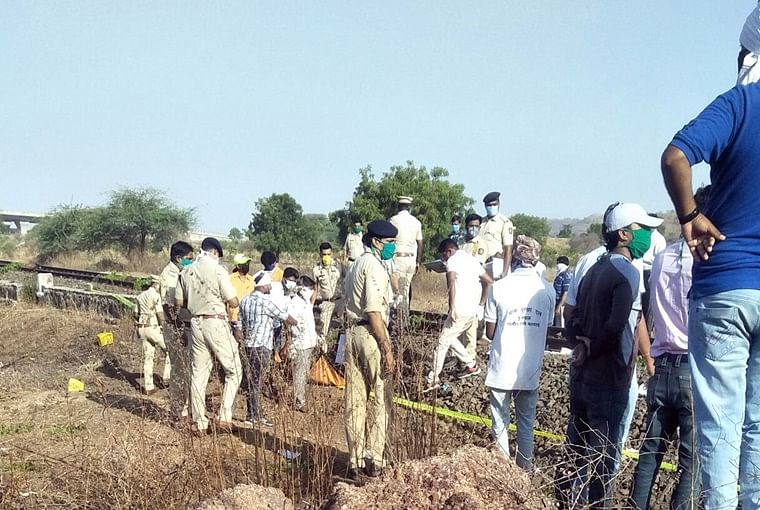